Since we finally got the schedule released, I finished up a new Desktop Background
for baseball season. If you like it, feel free to use it.

Here is a screen shot: 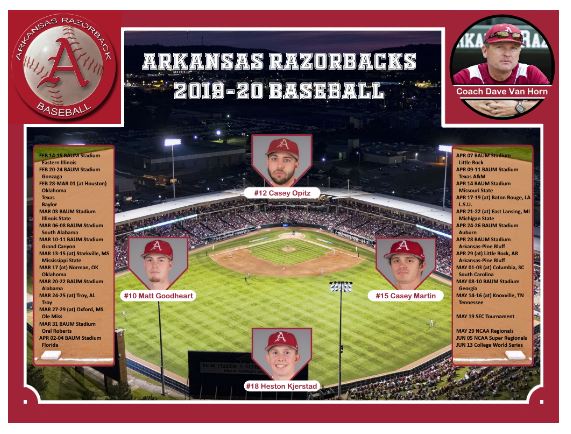 BTW, it’s pretty much a given that Kjerstad will be the new 1B. But I don’t think that you were putting the players at positions, right?

Nope just putting 4 main players in there… I thought about positions but really don’t know where anyone might be playing as DVH does move people around.

If I were to guess on a starting lineup, based on what I saw this fall, this is would be it:

Obviously, the coaches might be considering something different, but that is based on what I have seen when players are healthy and where they played in the fall. I think Coby Boulware and Zack Gregory are X-factors. Both seem to be good players and both can play in the infield and outfield. Both could be ideal top of the order hitters because of their ability to draw walks and take pitches. It is just a crowded roster. Someone good is going to be left on the bench some, but it also might make it to where players get more rest and the team can platoon more. And, of course, it adds substitution options late in games.

Webb might also factor into the decision in the infield, probably at second base. Webb injured his shoulder while diving for a ball in the outfield last month.

I would be surprised to see Goodheart play a position for a while because of his shoulder surgery. It was the same procedure that Ezell had last year, but one month later into the summer.

Can you give us a scouting report on Webb and Austin?

I think Webb and Austin both have a chance to be pretty good hitters from the right side.

Webb tore it up in JUCO last year at Grayson in Texas. He batted .450 with 14 home runs, 21 doubles and 6 triples. He also had 62 RBI and was successful in 18 of 20 stolen base attempts. He did not strike out much in JUCO, about once every seven at-bats. He had a .930 fielding percentage at second base.

I didn’t get to see Webb play much this fall because he was injured in the second week of fall practice. He has a hairline fracture in the back of his shoulder, but I think he should be ready to play when the season begins. He is a junior and will be draft eligible at the end of this season.

Austin was a .300 hitter as a sophomore at West Virginia in 2017. He transferred to Arizona State, had to redshirt his first year there and had an injured back most of last year. I don’t remember his defense standing out to me one way or the other this fall, but I was limited in what I was able to watch. He is a redshirt senior, so this will be his only season at Arkansas.

This is what I wrote on him when he transferred. 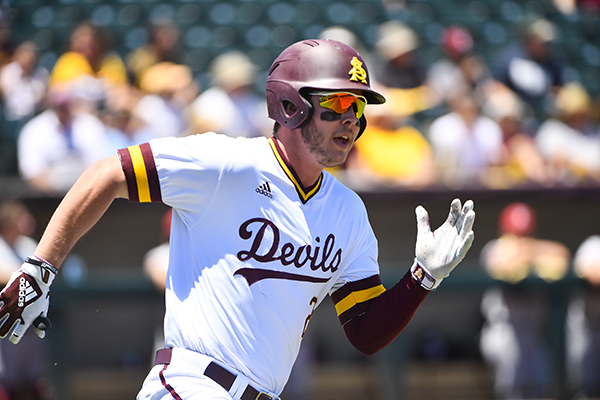 Arizona State grad says he will transfer to Arkansas

Infielder Cole Austin announced this week he is transferring from Arizona State to Arkansas via the NCAA’s graduate transfer rule.