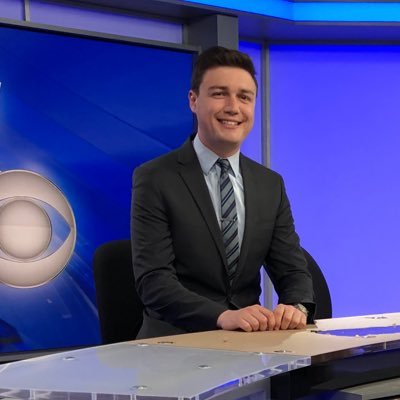 “Growing up in Arkansas, I never really understood why we didn’t play in-state. I’m a Frank Broyles guy, but I never understood that” -Neighbors
jmetsrule November 17, 2020, 7:54pm #2

That’s mighty neighborly of him.

I wonder if he doesn’t understand or just doesn’t agree. Big difference. Surely he understands. I think it’s just been misused. Or he thinks it’s a polite way of saying I don’t agree.

I totally disagree, but, that ship has now sailed. I figured it would someday. Just kept hoping it would stay “someday” instead of “now.”

I love the transparency.

Maybe if I show Mike what I donated to the Razorback Foundation each of the last 25 years, then show him that next year’s donation is 50% of it with the other 50% going to Jonesboro.

I suspect I might get a call from somebody at the Foundation. But, I could reply that your own coaches didn’t understand the problem with it, so what’s the issue?

Mike has a right to his opinion. I disagree but i I’m so glad he’s our coach!

While Frank gets the majority of the criticism, but he was not the initiator of this policy. It made sense when originally stated and possibly beyond, depending upon one’s point of view. My only observation is, with the financial strain collegiate sports is operating under, is this a good time to stir up donors?

Well, the coaches that are promoting it will understand how bright Frank was when they lose their first game to a team in Arkansas. And if you play every year, it will happen.

Why would someone get upset with another person’s opinion?

Look up, look down, look all around.

I always agreed with the “Don’t play other state schools” strategy and think it served the UA well for a long, long time. Some UA fans disagreed with me, which is OK. But as Mr. Dylan once said: “Times, they are a-changin’.” A big part of Mike Neighbors’ job is to promote his team and raise fan interest. That’s what he’s doing by promoting the up-coming instate games, now that they are a fact of life. I have no problem if he had a different opinion than me. Time to make the best of the situation. BTW, the sun will come up the day after we lose to one of them in some sport (if that ever happens).

Arkansas lost in baseball to UALR on April 2, 2019 during a mid-week game. Guess who went to the College World Series that season and who didn’t?

Not playing in-state foes was a Broyles thing - a by-gone era now.

Baseball doesn’t compare to football, but that aside, the consequences are established over the long term, not a lost game here or there. Arkansas State, If we had been playing them annually in football, would have beaten us sometime in the last few years and maybe more than once. If they beat you once in ten years, you have a rivalry on your hands. Rivalry means the fans are compelled to choose sides. It becomes a lesson in history where the UA brand is slowly lowered in the fan’s eyes and the other in-state schools have their brand raised. The most bitter rivalries often come from within a state…MS/Ole Miss, Auburn/Bama, MI/MI State, etc. The Hogs don’t have that now, but may in 20 years. The biggest question in the formula, what does the UA gain by playing in-state teams?

This topic is just so worn out. There is nothing for the UA to be gained by playing in state teams in football. Zero. I would argue the same for other sports as well. How does UA enhance its ability to beat LSU, Auburn, and Tennessee by playing ASU and UCA? It doesn’t. Yet there are those who just want to see it, for the most part, if honest, to watch UA lose to someone and then watch the fallout. Especially true with the media.

Then, over time the instate schools start courting large UA donors for a piece of that pie. I have seen it happen already. Then, when the UA sees donations decline at the expense of other instate programs I will be interested to see the UA officials say “it was worth it.”

ASU, UCA, UALR, and UAPB provide a ready supply of midweek opponents for the minor sports and M/W basketball. All can be had inexpensively, which is probably one of the reasons this happened to begin with - along with the midweek supply factor.

The football thing with ASU is unlikely to be much of a problem. First, if a game were scheduled right now, it probably wouldn’t happen until 2026/27. There might be a UA/ASU football game every 4 or 5 years thereafter (the other Ark. schools would also be on the menu. Second, and more importantly, would ASU even want to play this game? ASU often gets paid very handsomely, e.g., $1.5M - $1.9M, to be roadkill for a P5 program. Would ASU want to take a big paycut to play UA (don’t think for a minute that UA would pay ASU that much). Would ASU want to play the game in Fayetteville every time and maybe get 5-10K tickets (don’t think for a minute that UA will split tickets with ASU and play in WMS)? Fayetteville-only games would be fine with UCA and UAPB but ASU might very well balk at the idea. That is why Tulsa quit playing us.

I am a fan of both schools, with a degree from ASU. (I was a Hog fan before I knew A-State existed.) I am still connected with ASU and I can tell you, on word out of the mouths of the highest ASU administratrators, that ASU would play UA anywhere, anytime, for any payout.

The Red Wolves believe they have that much to gain in statewide credibility, media attention and fan support.

I say this as a fan who hopes the game never happens.

Not playing in-state foes was a Broyles thing - a by-gone era now.

Broyles inherited it from the man who hired him, John Barnhill.

I understood the Arkansas policy not to play in-state schools.

But, as I have put in columns over the years now, I would like to see it happen as a sports writer.

Other states do it and they have not seem to cause problems.

But much like the players who show up to play, I just show up to cover whoever is on the schedule without too much thought about it.

Of course, now I just show up to the zoom press conferences.