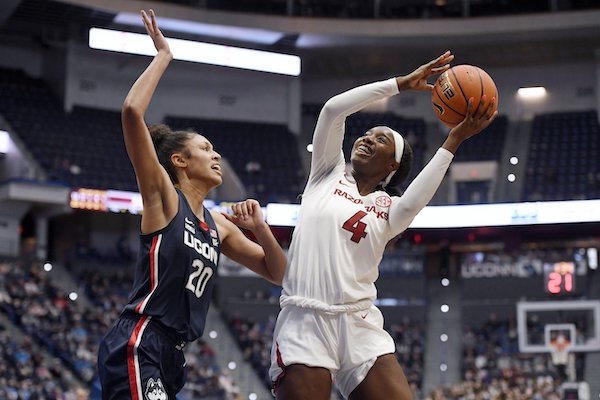 Mike Neighbors isn’t positive if Erynn Barnum will be available for tonight’s game, but there’s no question having her back can make a significant difference.

Paul, I realize that this team has had some injuries to deal with, but do you think Mikes team has under achieved at this point? Fans were excited to see the talent and length added to this team. That was one of the areas we really needed to address. Just curious as to where you think this team is with regards to expectations.

I thought Jersey would be an instant success. I was wrong.

OK,
First, I believe overall expectations were overestimated. The injury to Barnum forced them to put Wolfenbarger and Ellis in positions they were uncomfortable. Instead of easing them in, they had to throw them in the deep end of the pool. The loss at Vandy is a bad loss, no other way to spin it. If you look at yesterday’s presser, Neighbors sorta addresses it without specifically saying Vanderbilt. Young team learned they have to build their own energy on the road. Learned the hard way in Nashville.

Surely Razorback fans don’t ever do that.

I’m one of the worst.