interesting unfoldings in TN over Cade Mays and the FOREMOST portal attorney has doen a great interview on the athletic. A little petty sidebar or 2 between UGA and Mr Mars:

Tom Mars issues this response to the UGA statement:

I guess being the power broker of the portal is not quite Sexton-esque but it is requested gig. The Athletic is worth subscribing and I will link the source in case you are a subscriber and give excerpts to those who are railing on the mistreatment of AR by the NCAA: 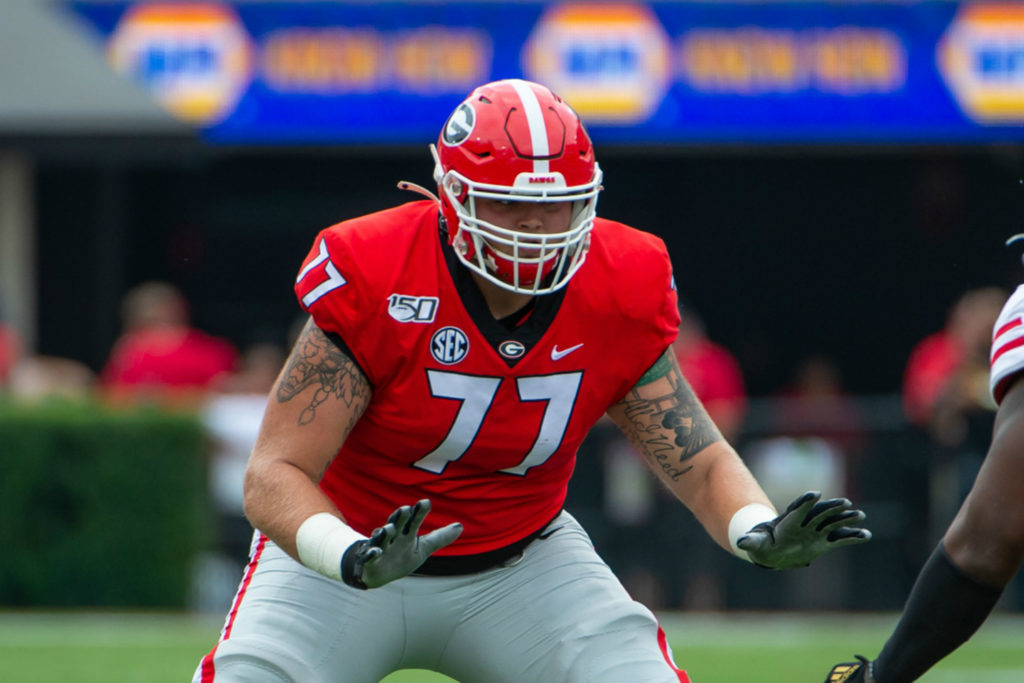 Inside the waiver process after Cade Mays transferred to...

Tom Mars, Mays’ lawyer, won’t go into details about the waiver request, but he explains the process and perceived inconsistencies.

It is a long and much involved article focused on TN, GA and the Mays waiver eligibility, the generalities within are

" Mars and Tennessee’s compliance staff are working on making sure Cade Mays is eligible by the time Tennessee’s season begins with a home date against Charlotte on Sept. 5. In a wide-ranging Thursday conversation with The Athletic, Mars reiterated his stance that he’s “highly confident” Mays will be granted a waiver, saying now is the time to “trust the process.”

That process involves collecting screenshots of direct messages on social media and text messages, asking various parties to write personal statements and gathering other evidence to support Mays’ claim for a waiver.

Some waiver requests can be a simple personal statement from an athlete and maybe a few extra pages. Others can be as long as 300 pages, including medical records and explanations of those medical records for the NCAA committee.

Mars is still helping piece together Mays’ file. He expects it to be “somewhere in the middle” of that range. But he’s not interested in providing any details about the central argument he’ll be making to the relief committee.

“In this case, there’s no value in being more explicit about what happened,” Mars said. “Being at all transparent about what happened would probably not sit well with Georgia fans anyway. Because I don’t think any of those Georgia fans want to hear anything that’s the least bit critical of their school’s athletic department or their football coaching staff. In fact, the decision to remain quiet about this is a very principled decision. It’s not one that’s necessarily to the advantage of Cade Mays or his family. It’s one that’s the appropriate approach and an approach that’s respectful toward Georgia."

Anyobne know there is a complex case unit of the NCAA?

Mays is entering a process that’s gotten more complicated and more heated as waivers have become increasingly common. Mars had no intention of becoming the most prominent lawyer who helps athletes pursuing immediate eligibility. However, he had high-profile successes with multiple athletes who left Ole Miss after Hugh Freeze was fired, including quarterback Shea Patterson. He followed that up by helping Justin Fields earn a waiver at Ohio State after leaving Georgia following the 2018 season.

Mars has become the first call for many on these issues. In 2018, it used to be parents or players contacting him. In 2019, college head coaches began showing up on his caller ID to inquire about using his services. Mars also even joined the NCAA as an “independent external advocate” on the Complex Case Unit, but his association does not prohibit him from working on the immediate eligibility cases that brought him to prominence within college football.

inoconsistency is incresing by virtue of language and loopholes

Mars’ success also had another major side effect: Covering the desks of the legislative relief staff with more waiver cases than ever. In 2019, the number of cases those case managers at the NCAA were dealing with exploded by 300 to 500 percent, “depending on which case manager you were talking to,” Mars said.

“The majority of those waiver requests had no merit,” Mars said. “People were stretching left and right and coming up with all kinds of creative reasons they were trying to fit into the mitigating circumstances rule.”

There is way more in the article and there is usually good reason to find stories to go ahead a nd subscribe. I have given mulltiple gifts os subscription to mostly Cardinal fans and they are always happey. Try to find the whole article to reqd and get where the procesws is headed and the pitfalls that Mars seees ahead.

I wonder if Connnor Vanover got Mars to look at his denial?

I suspect this will be another opportunity to see the capricious and erratic actions of the NCAA. I wonder if the Mays family will assign the proceeds of the legal actions against UGA to pay their hired gun? Of course if his destination was Ohio State, he would not only be immediately eligible and have his freshman year eligibility restored since he had to play his freshman year with the cloud of suing Georgia hanging over his head.

within that article, Mars states that Ohio State has the BEST compliance team assembled. Compliments TN, but theOsu has the best portal team for eligibility. All that stuff is inside and Mars is the top litigator and currently under fire in his Atl office by the locals, he is not part to the civil suit but acknowledges he could have to be for eligibility goal of Cade Mays. Not to offend lawyers on board but justice can seemingly be bought or influenced by money which equates to legal talent. I am somewhat part and parcel of the same thing in medicine, you can go and get the best there is and pay out the wazoo or just go get the basics and hope you don’t need the resources of Mayo or Hopkins or Cleveland Clinic who have the firepower that smalltown USA lacks. Compliance talent rangs across many levels.