Well duh. Their megabooster John Ruiz was pretty brazen about it, and the last straw might have been his tweet about Kansas State point guard Nijel Pack coming to Miami and signing an $800,000 NIL deal, before Pack even announced it, which only slightly violates the guidelines about using NIL as a recruiting tool. 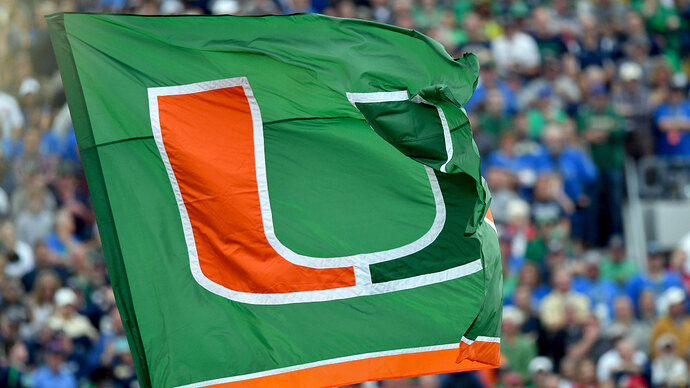 If Ruiz can get away with that, then it is truly the Wild West, anything goes.

Don’t see much coming from it. I think the NCAA will look around a bit. But will ultimately let the investigation die on the vine. Why should they or we care? Everybody is making money off NIL. Well, the people and players that truly matter anyways.

No need to worry about under the table things as amateur collegiate sports is a thing of the past.

I have little confidence in the NCAA coming to any reasonable solution to maintain some equal footing for its members to compete on a level playing field. I seem to remember that the some of the conversation supporting some form of payment to the athletes included statements about kids not being able to take a date to dinner. Not sure how this has worked out across the board, but it seems that some of the numbers mentioned around top recruits would lead one to believe that will be some pretty fancy dates, albeit maybe for a limited few.

I know the situation with coaching salaries being excessive, it is easy for cases to be made that the schools and and the coaches are making huge paydays off the backs of the athletes. Of course it is highly likely the same ones pointing out these discrepancies are many of the same ones whenever a coach gets a good win or a top notch recruit, “pay the man”. I suspect that some of these same ones are the ones assuming we will be major players in the NIL arena, because we have some heavy hitters in our state, ie WalMart, Tyson etc. This may be the case, but some of these big businesses may be making financial decisions on the soundness of how these deals work for their businesses, rather than spending money like a drunk sailor, like it appears the Miami booster is doing.

I am not assuming NIL will be bad for Arkansas, just like I am not assuming that every major Arkansas corporation will open wide their checkbooks and spend the money the way that some of us foolish fans think they should. I know collegiate sports have not been on even footing in forever, just not sure this new cure is better than the previous illness. Not unhappy to see some athletes get a little money, but it seems not to be about a little spending money.

Not unhappy to see some athletes get a little money, but it seems not to be about a little spending money.

There was an NIL summit recently involving current athletes, male and female, at all levels. I don’t remember where I saw the article or I’d link it, but from talking to the athletes the consensus was that there were very few deals for more than $20,000, and most were a lot less than that. Also that women athletes overall are doing as well as the men, which should assuage Title IX concerns. Yeah there are gonna be outliers, especially until the market settles down (what if that $8 million QB is a flop?).