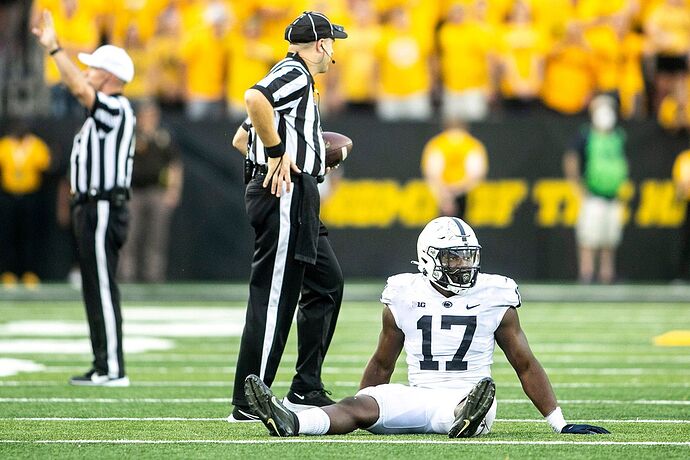 National director of officials Steve Shaw said faking injuries is going to be 'a big topic' at the next meeting of the NCAA Football Rules Committee on March 1. 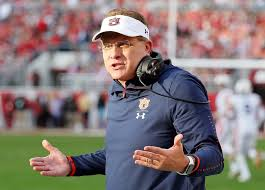 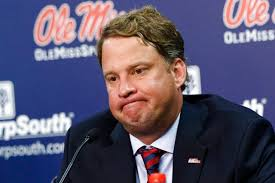 Sure, I know it is unethical but if there are no penalties for it, I will take full advantage. Is that what LK is saying? I doubt he ever let anything unethical sway his decisions.

I think you require any player injury that creates a stoppage of play to require that player to not return to the field until there is a change of possession. Basically, that will be two changes of possession since the offensive or defensive player would not be able to play again until the possession has changed a second time.

I read the article and Stopped here

Game over all I needed to read.

Well they were talking to an expert on flopping. Just like Dorkwitz and Saint Gus of Flop.

basketball can and does give flopping warning and next whistle for suspect is technical. Saw it in the TX v TN game.

Player is out until change of possession. Coach is suspended for next game without pay.

Player is out until change of possession. Coach is suspended for next game without pay.

Yeah, I can see Kiffin and Gus running onto the field to drag a player off by his broken leg, to avoid suspension.

I don’t think they will suspend the coach. You will definitely have legit injuries. You don’t know if it’s a flop or not. A star player who does suffer mild injury be sitting for a bit. Just the way it’s going to be. And if a coach wants to burn a timeout, they can return.

if a coach wants to burn a timeout, they can return.

Maybe they give them one freebie a half in case they have a critical player who really is just stunned for a moment, cramp, breath knocked out, etc. and they want him right back in as soon as he recovers. That might be a good compromise to avoid a player having to wait for two changes of possession, the next quarter, etc. to return to play.

I don’t want any more timeouts. There are already 12 in a game.

I don’t want any more timeouts. There are already 12 in a game.

Not saying more timeouts. Saying they can return one player a half right away after that injury timeout and all others have to wait two possessions or five minutes on the clock or whatever. You can’t ban injury timeouts. You just need to discourage the taking advantage of them which WILL reduce the number of “injury” timeouts.

Maybe it is just me but a lot of these so called flops are pretty obvious given the timing of when they happen. With so many cameras now in the stadiums some of them are visible and in plain sight. Determining if real or not is the other issue.

Let’s be realistic. Unless a new rule is installed, it is perfectly legal to fake an injury.

So a new rule is required. Common Sense should dictate the rules.

Having a significantly harsher rule within the last two minutes of the game may be a worthy tool.

Common Sense should dictate the rules.

And just when was the last time the ncaa committee created a rule using that pretense?

And just when was the last time the ncaa committee created a rule using that pretense?