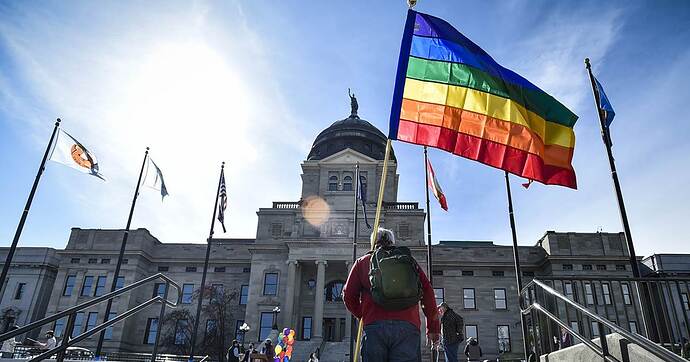 The NCAA had indicated it might not hold the events in states that restrict transgender sports participation.

It’s an AP story. NBC News picked it up.

I think the transgender ban for female sports is a good thing. Some may disagree. The whole idea that its about not allowing trans to compete is pure rubish. they can compete, just in their biological gender.

I think this stems from years of trying to push the whole idea that there is no difference between men and women, but I’ve always thought that was just not true. There are physical differences that show up in speed and strength. Yes there will always be examples that defy the norms, but those are the rare case.

It is just not fair to take away opportunities and fair competitive advantage from women because someone identifies a different gender. Look at the weight lifter from I believe New Zealand… he is going to compete on the olympic level as a woman and he has been destroying the competition in the womans ranks, but was never more than just average in the mens ranks. How is that remotely fair?

Here is just a chart on a few track and field events to compare men and womens records and then tell me there is no difference between men and women in sports. 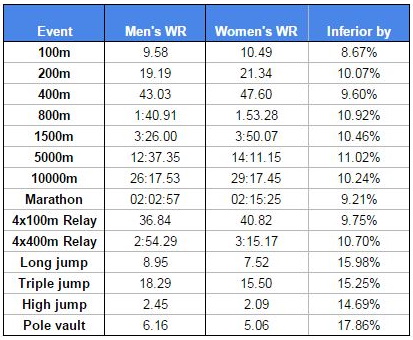 IIRC Arkansas does not yet have a ban on trans women competing in sports.

The laws passed go into effect 90 days after adjournment of the legislature.

Whatever the NCAA decides, hopefully it will not punish schools based on state laws that have not yet taken effect.

And there’s a very good chance none of these laws will survive their first (inevitable) court challenge.

There is a difference between sex and gender. Sex is the parts you’re born with (and yes, some people are born with both). Gender is more complicated; basically there are more than two genders (which many societies, including American Indian, recognized long ago). Federal law has prohibited gender discrimination since 1964. It’s not difficult to imagine courts that actually considers the law throwing all of these out.

I thought, scientifically, gender is based on whether you have xx or xy chromosomes. We each have have one or the other. Thus, one is either male or female.

Common misconception. Some people have XXY, for instance. But that’s sex, not gender. Those words are not synonyms. The body parts you have do not determine your gender. Most of the time, your sex matches your gender. But not always.

Good explanation of the difference here. 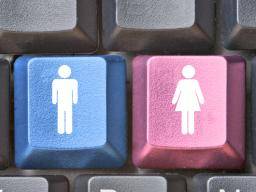 The term sex refers to biological and physiological characteristics, while gender refers to behaviors, roles, expectations, and activities within society.

There’s a much better chance that the issue will percolate up through the federal courts in multiple cases for the next two or three years before one or more cases wind up at the U.S. Supreme Court. The Attorneys General in the states where these laws have been enacted are not going to give up the first time a federal judge grants an injunction or declares the law unconstitutional/violates federal law, that would be political suicide.

For anyone interested, and who subscribes to the WSJ- here’s another perspective on the science / logic / language involved re : human sex/gender. (Authored by a penn state evolutionary biologist and a developmental biologist.). 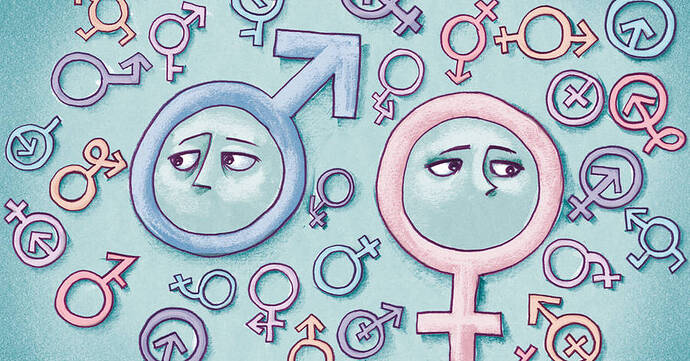 Opinion | The Dangerous Denial of Sex

Ultimately the consequences will be that women’s sports will be laughable. A conundrum I find amusing. Ladies-real ones who enjoy sports- will not be happy. You don’t always get what you want. The “female” weightlifter from New Zealand that has been approved to compete in the Olympics is the tip of the iceberg coming to the podium.
Run Sam(antha) run.

We are missing the point in this. Whether you think Gender Dysphoria is real or not, The fact is that most Transgender Athletes transitioning from male to female still benefit from Testosterones. This hormone makes males bigger, stronger, and faster than most of thier female counterparts. These transgender athletes know this of course. So these trans-athletes go into competition with biological females knowing that they have almost a 100% of winning. Imagine watching your 18 year old daughter, niece, or sister competing with a 6’2 200 pound transgendered female. Imagine your daughter, niece, or sister being 5’10 120 pounds. Ponder that and then tell me that objecting to biological males competing with biological female is fair. And do please tell the rest of us that we are closed minded bigots for objecting.

The number of trans kids attempting to play women sports (or girls sports) will be negligible. Almost unheard of. If a school has one transgender child who does go out for the girls team, it will hardly affect much of anything except perhaps that one position on the team. Much ado about nothing

Please inform the young ladies in Connecticut who lost out on the States Track and Field Championships that. A transgender athlete from New Zealand will be competing in Women’s weight lifting at the Olympics this summer. Guess who the Vegas oddsmakers having winning that gold medal. Can’t wait for some enterprising country to field an entire team of transgender athletes to compete in Women’s, Soccer, Basketball, or softball. Can’t happen? Just wait a few years.

Sure it will. Winning is worth any cost. Might as well watch a zombie movie. The meritocracy is on a slippery slide, even in our military. We are about to look like the deer in the headlight. China, Russia, and several other unfriendly nations are about to work us over. Sports were once the place we could approach one another in a merit only contest. Gone in a politicized stupor of a half dozen or more ‘valid measures’. Welcome to the new world.

I suppose at the olympic level there might be enough athletic transgender people with male genitalia to affect the games. But in high school & even college? I think not.

We can at least wait until we see it happening everywhere before we institutionally bully these unfortunate people. Most of them just want to not be ridiculed & ostracized. They don’t sit around & dream of starring on the basketball team. Besides, you’re assuming the transgender person is more athletic than many women. I know many women who are more athletic than many men.

Track and field seems to be the most affected by this. Some sad examples of young ladies getting beat badly by transgender folks.

I think it’s much sadder to be transgender than to be beaten by one in track & field. I know who is more likely to live the happier life.

I sure don’t disagree that it’s sad to be transgender. But in the few instances where their is a huge advantage for that person you have to feel for the young ladies they beat. At least I do.