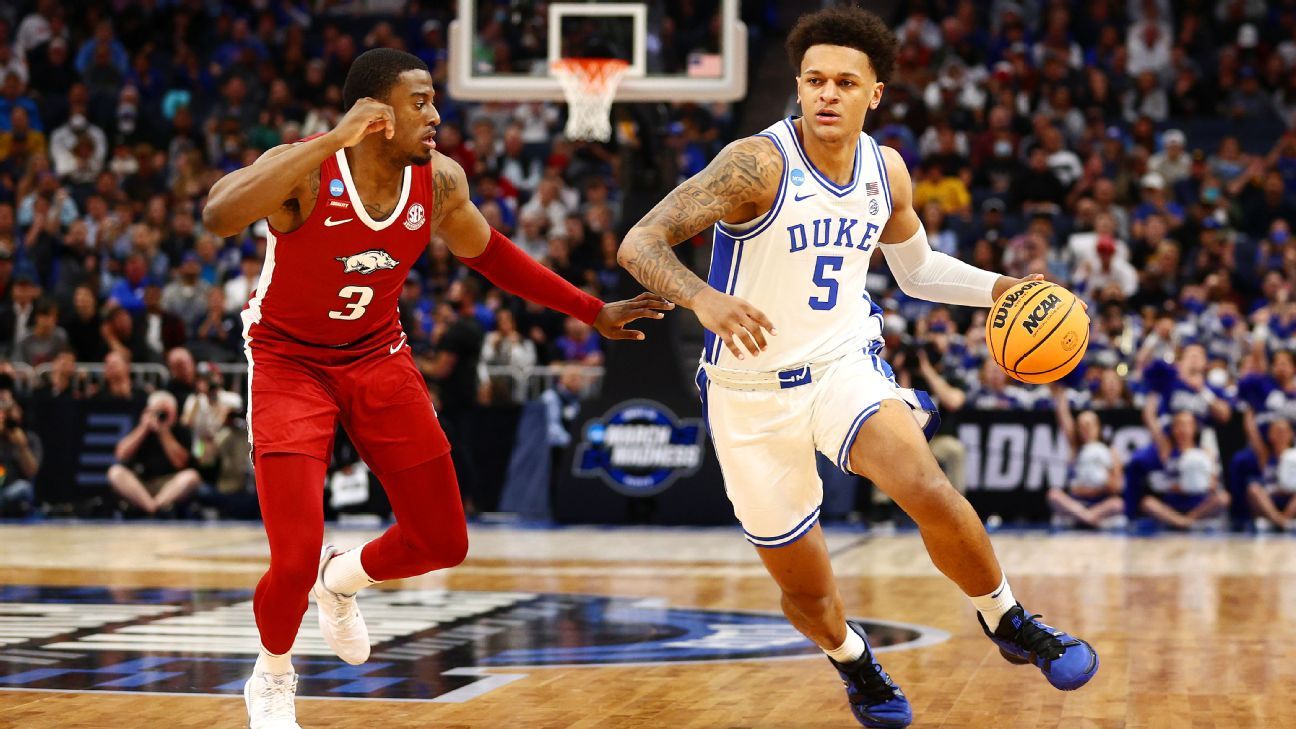 NBA mock draft: How the road to the Final Four shaped our latest updates

The journey continues for Duke's Paolo Banchero, while a Sweet 16 upset ends March Madness for Gonzaga's Chet Holmgren. How has the weekend reshaped the NBA draft picture? 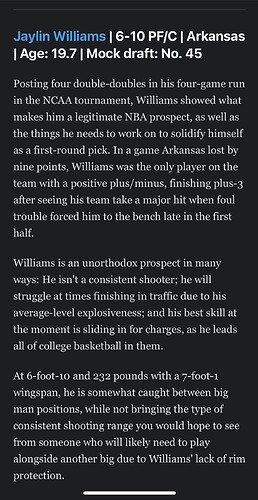 I agree with Givony’s assessment. He needs to let the NBA kick his tires, confirm what he needs to work on (although I’m sure Muss could give him much of the same feedback) and then come back to work on it.

JWill has gotten a rep as completely unable to block shots. While it’s true he took more charges than he blocked shots, he did lead the team in blocks with 41. The thing about blocking shots is they don’t do much good if you don’t recover the loose ball, while taking a charge ends the possession with a foul and a turnover.

Actually blocking shots (and even more the threat of blocking shots) is a huge payoff to the defense as it causes the other team to alter their shots at the rim. I would guess there was 5 layups attempts during the Duke game that we missed due to the threat of Williams even if he didn’t block them