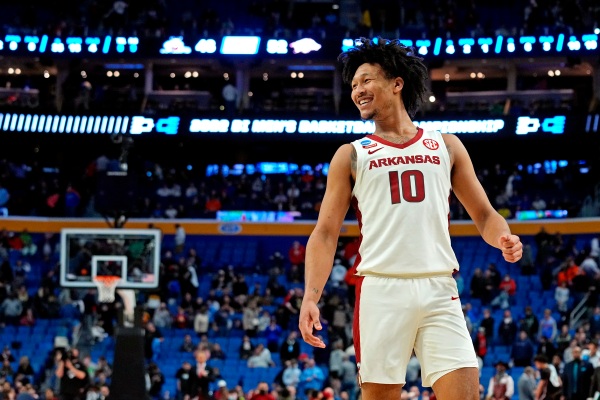 Rookie Wire took a look at those prospects that have reportedly earned invitations to compete in the combine and NBA G League Elite Camp.

Since when does JWill have a first round grade? Literally none of the mocks have him in the first round.

Since when does JWill have a first round grade?

It’s beginning to look like the Mock drafts may not have been in touch with how much NBA GMs and coaches thought Jaylin improved his stock the last 2/3rds of the season. It’s the NBA front office people that choose these players for the combine. They saw him play very well against some of the best college players and now want to see how he compares when competing against some sure first rounders.

He may still get a bottom 5 or 10 of the 1st round to top half of the 2nd round rating. That may not sound better to him than returning and going for a final four.

We have to remember, we all want him back because we know he was the catalyst that took us to the Elite Eight last season. NBA GMs and coaches got to see that too since I’m sure they’ve now seen tons of tape on him.

I really, really hope he returns, but if he finds out he’s expected to be a top 20 first rounder, he needs to stay in the draft. I’ll follow whichever team drafts him and wish him the best.

If he is a legit 1st round pick, then he should go, and I will support that decision. If he is not, then I will question what in the world he was thinking.

There are a TON of reasons for him to come back, and I know his NIL is substantial. I just hope he is getting good advice, because the wrong move could cost him millions.

JWill comes from a good family, so I trust he will choose wisely.

I have never seen Jay will in the first round. It’s always been somewhere in the second.

I saw one draft that had him as the last pick in the first round, then I’ve seen one that didn’t have him in it at all. I think the combine is gonna make or break for him

Is it wrong that I hope the NBA tells him to go back to school and holler at us next year?