Matt Campbell… If he is willing to come to Arkansas HY needs to do everything he can to get him.

Each week in the Big 12 they almost always have less talent on paper than the opponent yet win their fair share and never get blown out.

A name I would not say no to.

Have to admit I’m not really familiar with him but upper midwest guy with no Texas ties and a losing conference record in the Big12 … what is it about him that has you excited?

A good read on him 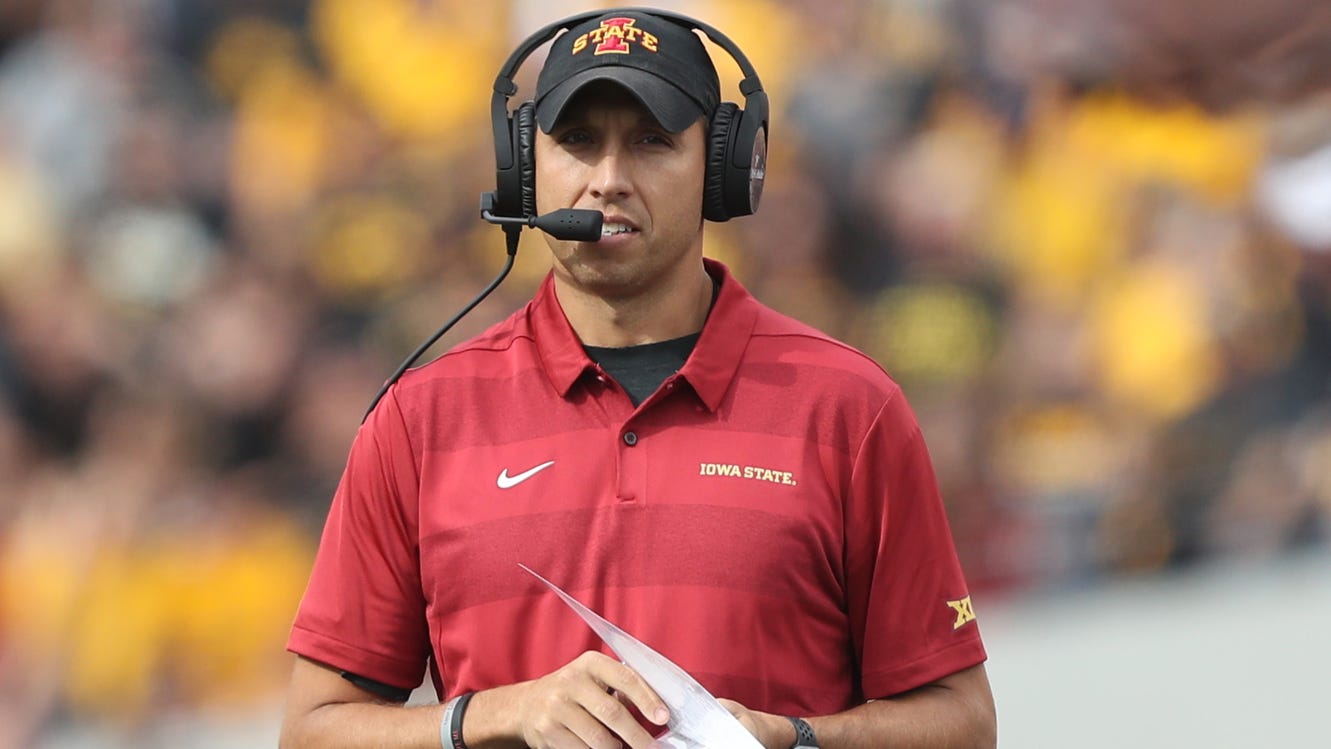 Iowa State's Matt Campbell is one of the nation's up-and-coming coach. And yet, unlike so many, he's in no rush to leave. So why is that?

I heard that he does not want to move because of his young children.

I would be fine with Campbell. He’d be high on my list too. I keep saying Willie Fritz as well.

Fritz has built programs…damn good ones…at every level. I think he’d come too. Its the sort of choice that we need…as HY said, we can’t miss on this one. Fritz has been a winner everywhere he’s ever been…and knows Texas and the region well.

I think Campbell would be a grand slam in my book.

Just need him to establish some stud recruiters, have to overcome the talent gap regardless of the coach.

Sounds like, if we could get him down here, we’d have a chance at turning his head. Hard to imagine a better area in which to raise a family.

pipedream, i watched the Oklamahoma Iowa state game Saturday night, thoroughly impressed with Matt Cambell’s team.(and CeeDee Lamb,WOW that guy is electric). But he has Iowa State tracking, can’t see him giving up that positive direction for a floundering program. He would have to be some type of “greater cause” individual or maybe be a brother in law to HY, do not see that happening.

I agree… just info out there he’d at least listen.

Of all the names mentioned, Campbell would probably be the closest to consensus approval by our fan base. That is extremely important. Would he have any interest? I sure don’t know, but if so, then I would hope he would be HY’s first interview.

The one drawback, is of course, his only coaching experience is in the upper midwest. He would have to be provided the dollars to be able to steal some current SEC assistants, or at least some assistants with Texas, LA, Miss and TN contacts. I would assume, in Iowa, he probably recruits MO.

He would be a home run hire, I just fear he has no desire to come here.

You make him an offer he can’t refuse…

there is also the issue of yet another buy out, 6 million, he is under contract to 2023. Maybe if HY can get him interested, the big money will show back up.

I don’t see it. He seems like he would be good, but why would he come. Guys, today ISU is a much better program than AR. The pay is the same and he does not have to deal with The SEC or a fan base that expects him to play in Atlanta in yr 2.

Besides, how many of these buyouts can the Foundation afford?

As many as it takes. This is the only buyout that is paid upfront, the others are on the credit card, lol. You can also do some scheduling tweaks to pay for part of this buyout, a 2 for 1, or pay them $2.5M to come here.