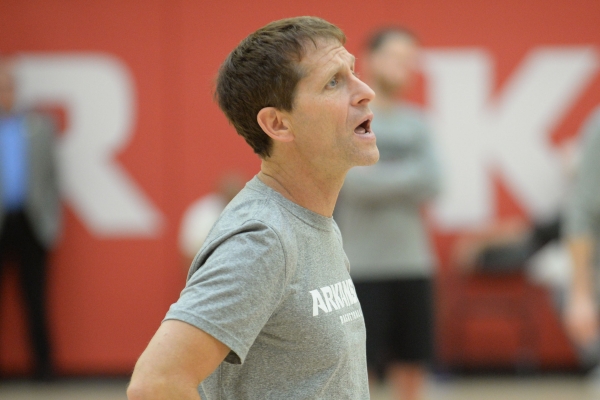 Scottie, who was the lady asking questions.

Alyssa Orange asked 1-2 and Nikki Chavanelle asked a few, too.

Thanks. What do we know about LR’s team? Curious as to what our expectations should be against them. I’m anxious to see us play.

There is a little in here on UALR’s personnel and Musselman’s thoughts having played the Trojans last season in Reno: 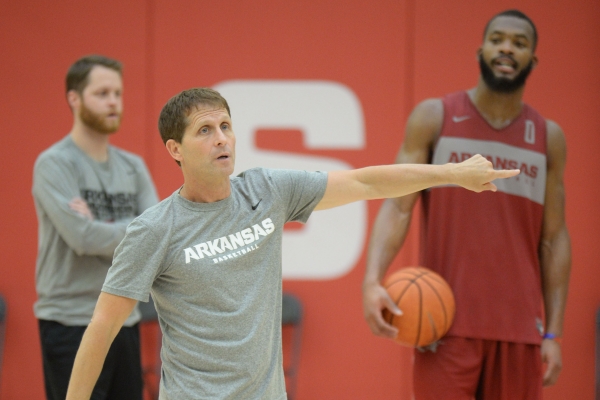 Thanks. What do we know about LR’s team? Curious as to what our expectations should be against them. I’m anxious to see us play.

Was at Meet The Trojans day Tuesday evening. Talked to Darrell for a few minutes. He seemed more pleased with this year’s team than last year. I attend both UALR games and Arkansas games. UALR is more experienced (return six players who started at some time last year). Also they have a lot more size than the Hogs. Their big man Martic shot threes last year like most European bigs do. He was terrible playing the post in the first half of the season but came on in the second half. They have another athletic big in Johnson.

The biggest problem they have this year is replacing their best player Rayjon Tucker who committed to Memphis as a graduate transfer, but instead signed a pro contract overseas. Don’t think they have as dynamic a player as Rayjon on this year’s roster. At least didn’t see that Tuesday night.

It will be a good test for Chaney and Cylla in the front court. Arkansas guards should dominate the Trojan guards.

Thanks PJ. Good stuff. I assumed someone would know some good info on them. Can’t wait to watch us play.