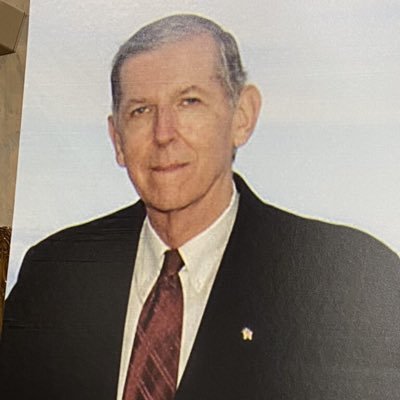 Arkansas is the latest to reach out to @OU_MBBall transfer @DeVionHarmon11 twitter.com/AdamZagoria/st… 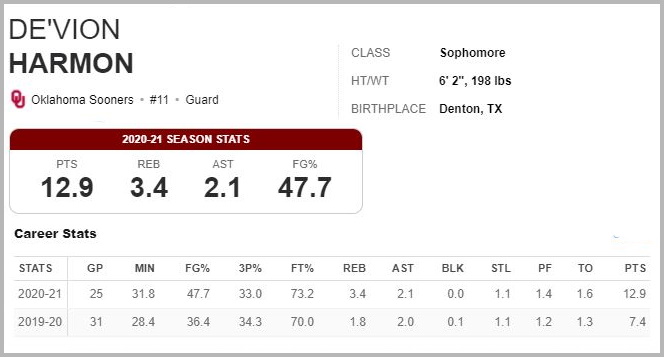 Seems to me there are wings and power forwards out there that we might benefit from.

Would be really a head scratcher to go after a 6’2” guard at this point wouldn’t it?

I was hoping we could make one more big splash with a Tre Mitchell or Miller.

Remember Muss said there was smokescreening going on. And there have been players who claimed we contacted them that we didn’t. That’s a pretty good contact list for a 12 ppg guy, don’t you think?

I know I am not qualified to question Coach’s interest in whatever position and I have said even before Baylor giving a clinic on this, that the college game is a guards game, but seems it we are going after another guy it would be a taller guard in the Jalen Tate mold. The other thing that makes it curious to me, is that Harmon is not a graduate transfer, so he has multiple years to play. With the upcoming talent, both in-state and out of state, that we are recruiting at similar positions, I would think we would be highly selective in giving a ticket on the bus.

He was the 2nd leading scorer (12.9 ppg) on a very good (top 5 at one point) basketball team as a sophomore. OK struggled at the end of the season, but they did beat Bama in the SEC/B12 challenge, and W VA twice in the regular season and beat MO in the NCAA tournament before losing to Gonzaga. He also would come in here as our highest ranked transfer (according to ESPN) at #14. I don’t necessarily agree with our 3 transfer rankings by ESPN, but that’s beside the point.

We fans may think we need bigs more than another guard type. This kid could be one of those “You’ve got to take” recruits if he wants to come here. He could be a beast in Muss’ system these next 2 years. If Muss wants him, so do I.

Really good player. I do wonder if it’s a hedge on Notae though. Muss may not want to be exposed if Notae decided to go pro and get paid somewhere late in the process. We remember that Isaiah decided late and that left us one short going into the season.

OK struggled at the end of the season,

Harmon being out hurt was part of OK struggles at the end of season. He was a key part of their offense. You have it right. He is a player and could be a hedge against Notae. 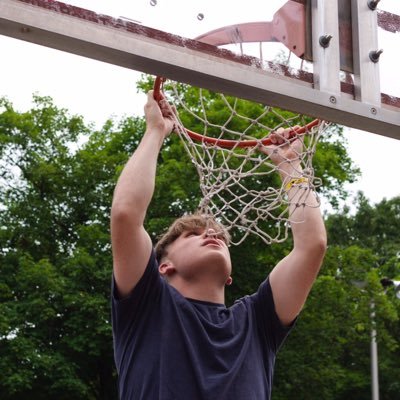 Would be interesting to know if we are even interested in a big. Been pretty slow on the transfer news the past week. We have apparently talked with a number of prospects. I also wonder if there is a prospect we are intensely pursuing above the others.