Muss listed as a Louisville candidate

Down the list but still there. Paywall from The Athletic. 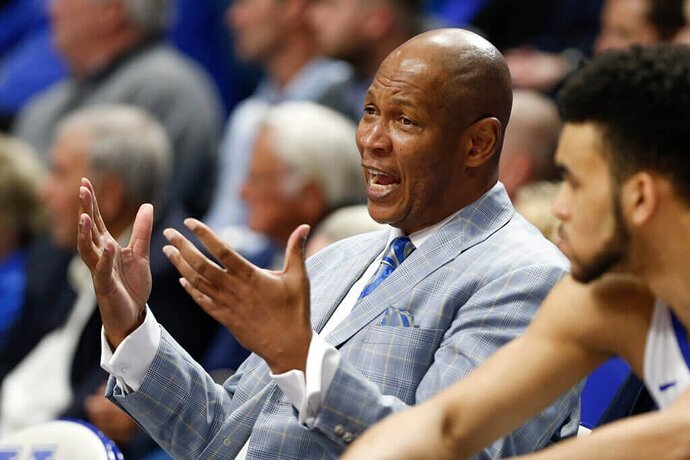 The Cardinals officially parted ways with Chris Mack on Wednesday. Who will want to take on a job filled with potential and potholes?

Thanks for the link. . They are in alphabetical order by last name so I don’t think the order means much . . .

Payne checks a lot of boxes. Played at UL, was an assistant for the Squid at Kentucky, would be their first Black HC, and gives them a chance to take D.J. Wagner away from Kentucky (Wagner’s grandfather played at UL with Payne).

I agree, the only thing that gives me pause is they mention that Muss talked with Arizona last year. I don’t recall that was very serious at all, it was during negotiations and it made for some leverage for a raise.

I cannot imagine with the class he has coming in next year that he is going anywhere.

I wonder if the Louisville people are overestimating just how attractive their job is compared to good programs in other power conferences. Internal stability and a patient fanbase with reasonable expectations probably are not going to be UL’s strongest attractions.

Kenny Played at a HS about 10 miles from my house,saw him play many times,has paid his dues for sure…still will be shocked if he gets it though but hope he does.