Muss explains why Mason did not start 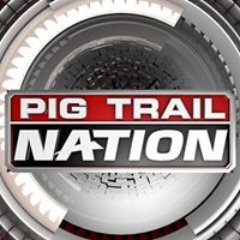 Muss mentioned in his presser that he did not start Mason to give us some pop off the bench. He felt teams were focusing on a Mason from the start.

Is that a cover for a disciplinary action or the true reason? If it is the reason, it reminds me of last year when Anderson took Mason off the starting lineup for a similar reason and that caused Mason to pout and hurt his performance for a while. Hope that doesn’t happen now. Need all of Mason on Saturday.

It really don’t matter. Mason, Adrio and Reggie got rest tonight so they should be fresh for the beat down they will take at home Saturday. It wouldn’t matter if he played or not he was cold as ice and the ball stuck in his hands. Depth!
This team has to get scoring form Whitt, Sills and Chaney. Bailey showed a little pop from 3 late on that little 2/3 run he had a ring 6 points. Taking care of the ball is a problem for them all!

There’s nothing CEM can say when he has no where to turn for help off the bench.

What’s the old saying ‘ I was born at night, but it wasn’t last night.’

Yes that is true!