Interesting stuff in The Athletic today. (As always, note that it is a pay site.)

In the article linked below, Andy Staples addresses the question “Who was the most impressive first-year coach?” He identifies three candidates: Pittman, Drinkwitz, and Kiffin. He decided that Kiffin was most impressive, while giving credit to both of the others. I believe that Sam had a tougher situation than either of the other two and thus did more with less. But then I’m a little prejudiced.

He was also asked about the hire of Bielema at Illinois. He devoted most of the article to this question. I thought this was a good analysis of the time BB was at Arkansas:

I like the hire because I think Bielema is back in his comfort zone with a more formidable skill set than he had when he left. When Bielema departed Wisconsin for Arkansas in late 2012 after winning or sharing three Big Ten titles, he thought he could easily translate what he did to the SEC West. And he had the Razorbacks competitive in short order, but they couldn’t stay there. The departure of offensive line coach Pittman to Georgia after the 2015 season probably was the start of the Razorbacks’ fall under Bielema, but Bielema also deserves some blame for not fully understanding from the start just how difficult it is to recruit competitively in the SEC West at a school that isn’t Alabama, Auburn, LSU or Texas A&M. 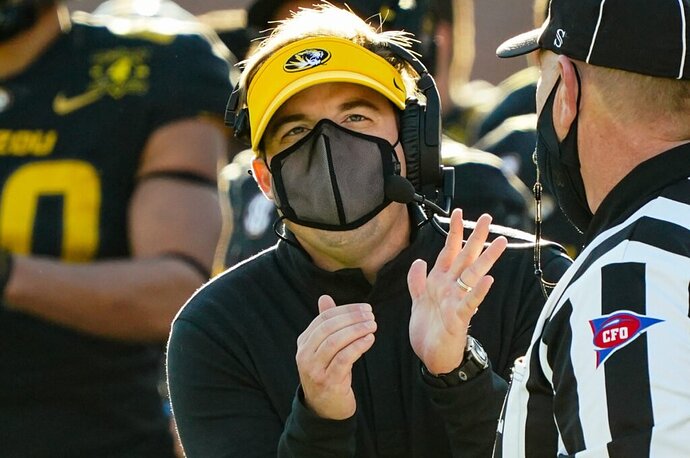 Dear Andy: Who was the most impressive first-year coach in college football?

The search for the coach who had the best 2020 Year Zero debut in the FBS can zero in on one conference.