Moses Moody and his dad

From The Athletic (y’all, this is one subscription worth buying. Ton of great content about college sports and the occasional #ProHog.)

Too much here to do my Cliffs Notes. Just basically how Kareem Moody raised Moses to be Moses. 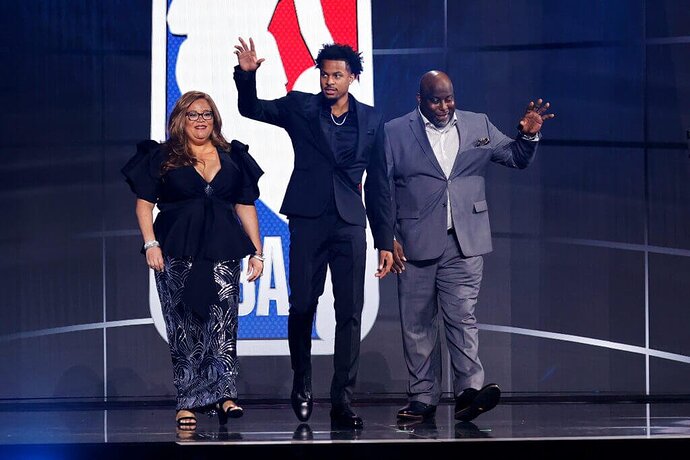 Moses Moody's mindset points directly to his father, Kareem, a community leader in Little Rock. Plus, notes on the 49ers and Summer League.

I broke down and purchased a subscription a while back. I have been happy with the publication so far and there has seemed to be a fairly steady supply of Hog stories.

This one was a great read

I have nine newsletters/subscriptions I pay for now and a couple are time sensitive and take time to digest. This is my favored place to spend time that I consider frivolous but stress reducing-so actually of value. I hated to cut back but I cancelled three others in January. I still manage to read close to two books in a month- cut that by 50%. I retired 10 years ago and I wonder every day why time seems to be flying ever faster. But Lord, I do love my Hogs.

I discovered The Athletic toward the end of Gafford’s last season. There was a thread about big men in the Sec and Gafford was one of the players whose skills were assessed. The article asked Sec coaches which skills the players had and how it would relate to the NBA game. The consensus of Gafford was basically that they did not know because Arkansas ran so few set plays, All the coaches said that Gafford was a talented, athletic player with potential for a long NBA career, if he had a solid fundamental base to build on. The coaches said that Arkansas’ did not have run many set plays so there wasn’t film to break down to see how how he could execute the “ pick and roll” and other set plays.

Moses needed a coach to prepare him for the NBA. His father apparently spent a lot of time with Muss and quickly saw how that Muss was the coach that could best prepare Moses for his pro career.

Let me preface my assessment of CMA with my feelings that CMA was a great man who taught his Razorback players to be first class men. I also think that CMA is a good college coach.

Mike did not have the NBA experience that Muss had and that hurt his recruiting. Kareem Moody saw that and was preparing to help Moses land at a school that could enhance Moses’ NBA success. When Muss was hired, he began his recruiting of Moody… Now Moses is a lottery pick with a 3 year multi year contract with the Warriors. Kareem’s guidance was a rousing success and team Moody achieved their goal with a guaranteed NBA contract.