Morning after thoughts on SEC refs

Since the advent of instant replay, I’ve been troubled by what to do about whistle errors by the refs. If you recall, when replay was first instituted, an early whistle made fumble plays unreviewable no matter how egregious the error. That led to a great deal of frustration for players, coaches and fans when obvious fumbles and recoveries were ignored because an official jumped the gun or got it wrong.

Then along came the current rule that introduces the vague and undefinable flow-of play-situation: Even if there’s an early whistle, a fumble that occurs and is recovered by the opposition in the flow of play, or in an “immediate” manner, can be acknowledged and a change of possession granted. To me, that wasn’t much of an improvement over the initial rule, because it introduces the need for someone to make a subjective rather than objective judgment (what’s an ‘immediate’ recovery in the flow of play?)

After the game last night, we heard some experts say that the Razorbacks should have been awarded the ball because they recovered it after the backward pass, even though officials on field were blowing whistles and indicating an incomplete forward pass. That certainly seems to be the fairer outcome, but I’m an Arkansas fan and am not not an objective observer. The refs and league ruled, and later explained, that the recovery wasn’t of an immediate nature (which is true) and some players reacted to the whistles by stopping play (also true). Me and my Hog-colored glasses disagree, but I do acknowledge that it’s a reasonable interpretation of a vague and arcane rule.

Trouble is, the league made is the only ruling that counts. You can be sure if the league had ruled the other way, Auburn officials, coaches, players and fans would be just as incensed as we are.

While in general, replay is good because it improves the chances of getting calls right, it can’t put the tweets back in the whistle. Had there been no replay, the result would have been the same as what happened, and maybe that’s the end goal.

As for the “this always happens to Arkansas” and “the SEC is rigged” talk, I’m not buying. Every fan base can recite chapter and verse the hosings they received from referees and umpires. I’m sure Auburn has it’s own Mark Curles-Perry Costello-Horton Nsersta-Preston Watts list. I’m also pretty sure there are some old-timer Iowa State fans who can tell you the names of the officials who missed that there were 12 men on the field when a certain SWC power not based in Texas scored a winning touchdown late in a game in 1973.

Throw the replay out the door! It makes no sense to review a play and still get it wrong.

Refs are human and screw up. I’m sure that crew wishes they could have a do over. Nevertheless they need a couple of weeks off to think about early whistles. There is no excuse for a quick whistle unless protecting a player that is in harms way. None. 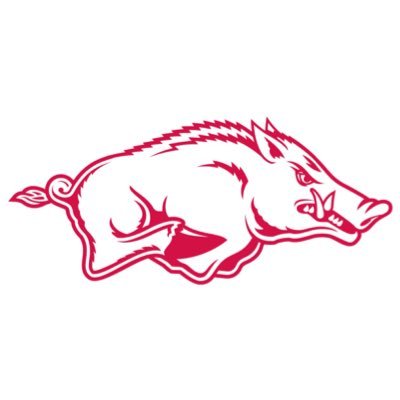 Total BS, has to be presented to the league office along with several other horrible calls and non calls during the game with a formal protest of the outcome of this game.

If replay was initiated to correct mistakes, but the quick whistle is kind of an eraser, then there is a lot of corruptible power in the hands of the official. I thought with the advent of replay as a final arbiter, that the standard is not blow the whistle and let replay sort out the correct result. If this is the expectation then last night could be an example of wrongdoing or incompetence. Either way, some action, other than Conference Office BS would seem appropriate.

Yeah, I’ve seen Bama and Florida get the same kind of bad calls numerous times since we got in the SEC… when it happens, the ref suddenly disappears.

Was a bad call to be generous…we still should have won the game, had our chances.
Thrilled to see us playing hard, actually making plays on both sides of the ball.
We got ourselves a Ball Coach

Yep very similar scenario as our game. Whistle blows early and some players stopping. Mizzu did not make an immediate recovery on the ball. One Mizzu player stopped short and no attempt to recover, while another player had to try 2 times to recover the ball, ala Foucha in our case.
Facts,
Yes there were some other botched plays and calls during the game that helped attribute to AR not being ahead by more points.
Yes the call by the ref and review panel was the final botch that directly led to the AR loss.
Why the game is played until the final whistle.

I figure the rule will get tweaked and the refs will learn to wait a split second longer on spikes.

Yea guess so Clay. Can’t hardly wait for the next rare play that confuses the SEC experts.

I was being sarcastic. The NCAA changed the rule last year that gave Auburn a chance to score to end the half against Alabama.

I do not think what they did in this situation was fair or just and because they found an interpretation to justify it does not pacify me.

I don’t feel like LoudLoyd at all. It’s still is a horrible way to handle a missed call.

Since 2009 Florida, I have always thought that the sec protects the highest ranked sec teams in an effort to maximize sec revenue.