More on the change in seating priority

I spoke to Hunter Yurachek yesterday about the changes. Hopefully I was able to add some perspective about the thought process behind the move and how it is affecting some people. 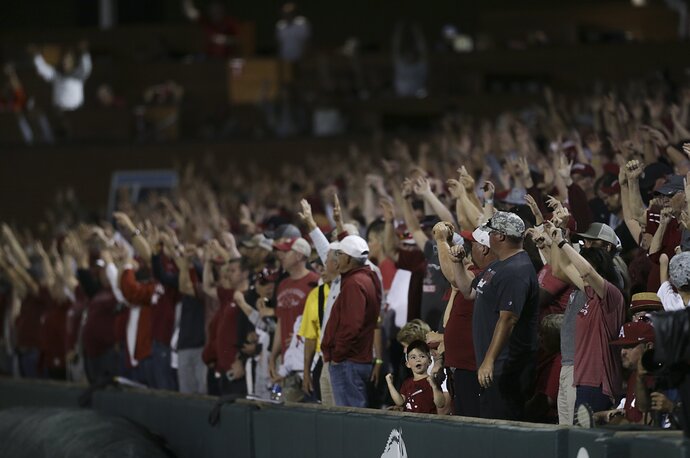 Hunter Yurachek cited ticket demand and equity as the driving forces behind the change in seating priority at the Razorbacks’ baseball ballpark beginning next season.

As was said, he’s between a rock and a hard place, but we all know money makes the world go around.

Appreciate your work here Matt. I also appreciate our 2 posters who agreed to be identified and have respected their story told so eloquently. Success has brought us here and that is a bittersweet situation. I have a better understanding of why the increase has been made, although it is easier for me to say that since I have been only a RF donor and not a season ticket holder.

Thank you for the article. I believe what was written except where you stated Yurachek said money was not the driving force behind the changes. GHG!

It’s semantics. HY wants to make his big donors happy, and some of them are complaining that they can’t get good seats for baseball because people who aren’t giving that much are occupying them. Are some people like Marty going to suck it up and give more to keep their seats? Maybe, maybe not. But this is aimed at the people who are already giving a lot. He wants to keep it that way. Marty could probably still have seats somewhere in the ballpark at her current contribution level, but they wouldn’t be nearly as good.

I used to give enough to get indoor club seats in football. Then a whole lot of things changed, including moving to North Carolina, making it impossible for me to buy season tickets at all. (Or I could but I’d never use them, which would be kinda pointless expenditures). As I remember, I went through Answer the Call and had to bump up my contribution then. But not to the level they’re asking Marty to increase to keep her seats. Scott (docestes) figured out where things were headed and bumped up to Broyles-Matthews. Not sure I would have done that even if I had that much disposable income, but Scott made that call for himself.

Who was identified in the article? Baumbastic and who else?