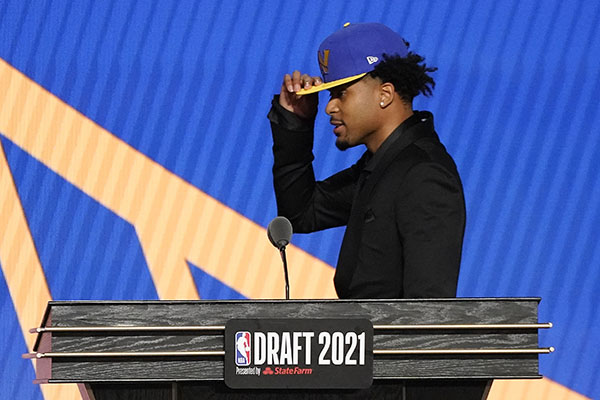 Moses Moody outperformed his ranking more so than any other recruit in his class.

Players will find their way to the places that help them reach their potential and their goals. Saban has been the best at this that I have seen but Muss may be right there with him if time plays out as I hope it will. Equally needed is the player to want to be coached and listen to what he is being told.

Great article Richard. Lots of really good info in it.

Excellent article that is extremely positive for Arkansas basketball and its coaching staff. Thanks for bringing it to the board, Richard.

The people who do rankings get a lot of them right and some wrong. Definitely can argue Moody’s ranking was too low.

Definitely can argue Moody’s ranking was too low.

If you recall, Moody was around #25, but then once he got to Monteverde, his ranking kept getting lower. There is the something that he was not doing or doing that evaluators did not like. I had talked to some in the Moody camp back then and their feeling was that being only the third or fourth option at Monteverde hurt him. And that was probably validated once he got to Arkansas, became the first option, the scouts evaluated him as a lottery pick.

Most of the top 20-25 guys are great athletes and it gives them a wow factor. Moses wow factor is his game, the way he goes about his business and basketball IQ.

Paul said in a tweet he had a pro mentality. I couldn’t agree more.

If you recall, Moody was around #25, but then once he got to Monteverde, his ranking kept getting lower.

That was clearly the fault of the recruiting services. If they were good evaluators they would have seen that a team as talented as Montverde was that season could easily have had 3 or 4 top 15 players on it. None of the top 10 teams they played could stay on the court with them. That Montverde team was probably the best group of high school players ever. To me, that’s just poor evaluations on their part.

Muss certainly knew exactly what he was getting. There was never a doubt that he saw Moody as a starter and the best player on the floor for an excellent Arkansas basketball team.

You’re gonna hit some and miss some. Same with the NBA, NFL and MLB.