Just getting it ready to go. Post away beginning tonight at Midnight.

Is it Lane?
Is it Norvell?
Is it Harsin?
Campbell?

“Hot Coaches Reach Championship Tilts” … Tom provides an excellent summary of the potential candidates being discussed but my big question is regarding the rumor surfacing last night indicating that Kiffin is the man. The rumor which mentioned salary and potential Kiffin staff coming with him seemed logical so is it true or not?

I am not sure that Kiffin is the best choice for the job but I think a case can certainly be made for him and he looks to be a good hire if he is indeed the choice. Jobs have opened up all over the place and that darn early signing period is getting real close so decisions have to be made. It appears to me that those coaches not involved in championship games are not the top choice or an announcement would have already been made. Their choice is most likely a guy who is playing this weekend.

Sure looks to be Kiffin… folks on multiple boards that have had good insights in the past all are saying Kiffin.

Kiffin would generate a lot of buzz and excitement — sign a great recruiting class.

After reading about Harsin, I may be coming around on him.

Does he sign and announce before his championship game?

If Kiffin is the guy then the plan looks to be to announce after his last game, but the plan might be altered if these rumors continue. He obviously wants to coach that championship game and is trying to maintain team focus but all this talk has got to impact the situation. I would not be surprised to see an announcement before the game with an agreement in place that he be allowed to coach that game. The extra few days does not seem like a big deal but it would allow Arkansas to settle things down and get the recruiting process reinvigorated.

I would take Kiffin in a heartbeat. He checks all the boxes. Beyond Kiffin, the only one that really interests me is Sarkisian. I would take Leach but wouldn’t be my first or second choice. I figure Norvell has a shot at Florida State or Ole Miss and he would probably prefer those.

Kirby Smart was announced as the Georgia coach while still coaching at Alabama. I don’t see why Kiffin couldn’t do the same. It’s only a week and he does have assistants. Only issue would be if he has a bonus in his contract for winning the conference. Then, he might opt to hold off an announcement if it is big enough and he thinks an announcement might jeopardize FAU chances for a win.

Kiffin may be a good fit for us & would be a big step up for him in rebuilding his career. He wants SEC & badly wants to beat Saban. I would think that recruits would be impressed with him, especially in TX. Hopefully current players would be excited as well. His relationship with HY & HY being interactive in the program may prevent a Petrino type issues from reoccurring.

My guess is Norvell to OM since that has been his primary recruiting area for Memphis. As much as Norvell has been successful, no proof he could rebuild a program. Believe that Kiffin would have better success in rebuilding AR.

Now that is pretty strong right there.

that means its Kiffin, Right? or at the very least the search is over and he must be felling pretty good about it.

My guess is Norvell to OM since that has been his primary recruiting area for Memphis. As much as Norvell has been successful, no proof he could rebuild a program.

My contacts at Ole Miss are suggesting other options but perhaps they already got Norvell’s interest tied down. From the players reaction to the news and way it was handled , Ole Miss better have a plan in hand . 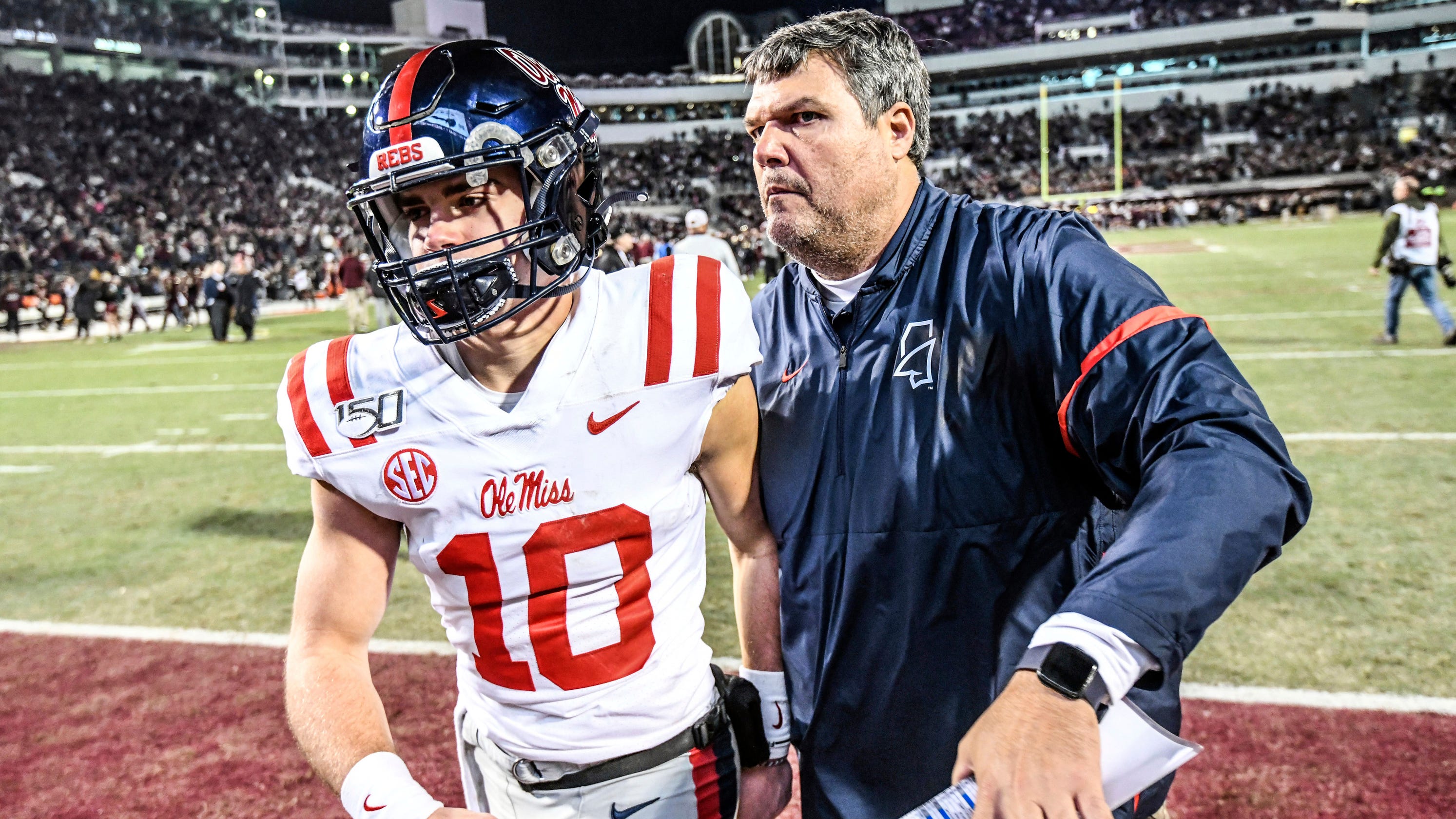 Ole Miss football players reacted harshly and critically to the news that their coach Matt Luke had been fired on Sunday night. 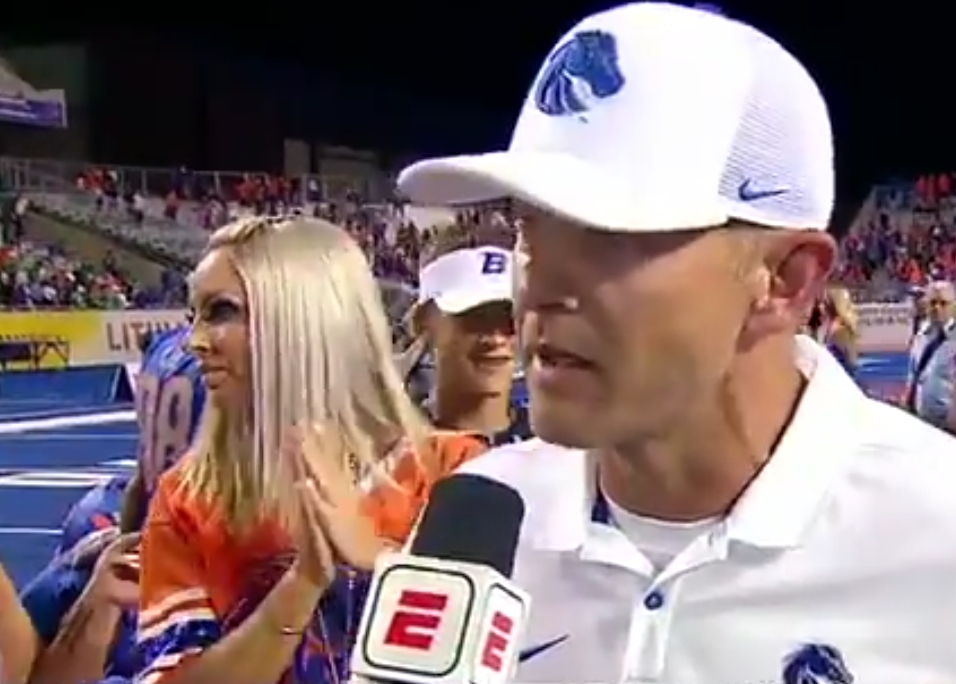 Boise State survived an ugly game against Marshall on Friday night and managed to do just enough to win the game 14-7.  After the game head coach Bryan Harsin talked about the win. Fortunately for Harsin, his smoking hot wife Kes was standing...

Many said that Kiffin’s wife gave him an unfair advantage while he was at TN. If he comes to AR, assume he can still recruit well on his own.

Could mean something, could be a head fake to throw off the Twitterverse. My sources still don’t think it’s Lane. But then HY didn’t say where #Hog1 was going either. Maybe it went to Ames.