Intended to speed up the game and produce more action. They include: 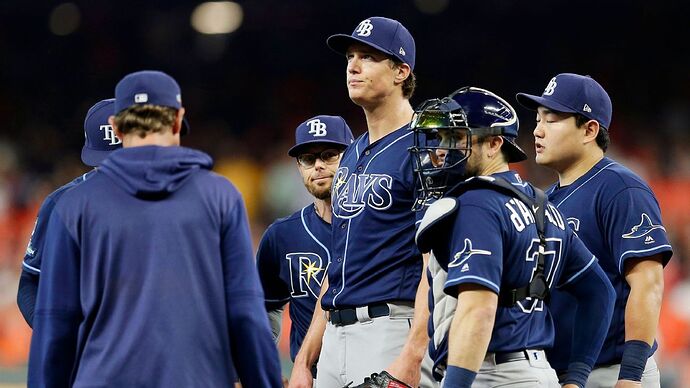 The Major League Baseball competition committee is set to vote Friday on rule changes that would begin in 2023 with an eye on quickening the pace of play, according to sources familiar with the situation.

I sense the TV industry is mostly the reason for these changes.

I’m not a fan of the rule changes.

However, the one that is sticking out to me is the stepping off the rubber rule.

If a base-stealer takes your typical larger-than-average lead, you throw over to try and shorten up or force him to show his hand. (This doesn’t even include just trying to get new signs.) If you get the pitcher to throw over two times (or once and include a step off), can’t the runner basically just go as soon as the pitcher gets back on the rubber? If the pitcher steps off, it’s a balk.

It’s early enough in the morning for me that I might be misreading. I’m still on my first cup of coffee.

That’s going to look really cheap to me.

The pitcher can throw over the third time, but if he doesn’t pick the runner off resulting in an out, it’s a balk.

We would not need these rules if all pitchers pitched like Max Scherzer. He makes the game fun to watch. I am glad the shift will be gone. This will help the hitters who need help,

MLB obviously wants more runs. Kinda like the NFL rules to help the O. I love old school baseball. Pitcher duels (IMO) are the most interesting. I was at a Braves game when Greg Maddox threw a shutout and was never behind in the count. They won 1-0 (against Toronto I think). The other pitcher threw a similar game but gave up a homer that gave the Braves the win. The game was the shortest that year at 1 hour 45 minutes. My wife said it was boring. I told her for a baseball fan it was wonderful

Yeah, they want more runs, but they also want shorter games. That 1:45 game you saw basically can’t happen now. It won’t happen with the new rules either, but it could take 20-30 minutes off the average game. Last year the average MLB game took 3:11, the longest ever. This year it’s down to 3:07, but they want a few more minutes shaved off that.

If the defense violates the shift rule, the offense can accept the outcome of the play or take an automatic ball; if the batter grounds out, the out is nullified, but a homer or double would stand.

Again TV. They want games to fit their slot and not go beyond the alloted time.

Agree, of those proposed rules the balk thing is most bothersome to me. BTW, these rules imo if passed will do less to speed up the game (see the xtra innings auto base runner rule) - which needs nothing of the sort, and more to whittle away at the uniqueness of the game. Baseball has no clock unlike many other popular sporting competitions. Beating the clock is not in the game…and in a world where everyone and everything is arguably in too much of a hurry, lets leave baseball and its “unhurried” state alone.

It’s not just TV. I wouldn’t take my family with schoolage kids to a night game that’s gonna end at 11 pm or later. Heck, I wouldn’t go on a weeknight myself if I had to go to work the next morning,

Baseball attendance is not hurting. And these days, owners do not have to rely on butts in the seat as much for revenue. And with live stream, strict tv scheduling is not even as big a problem. I’ve yet to see any source citing a general outcry from baseball consumers over length of game.