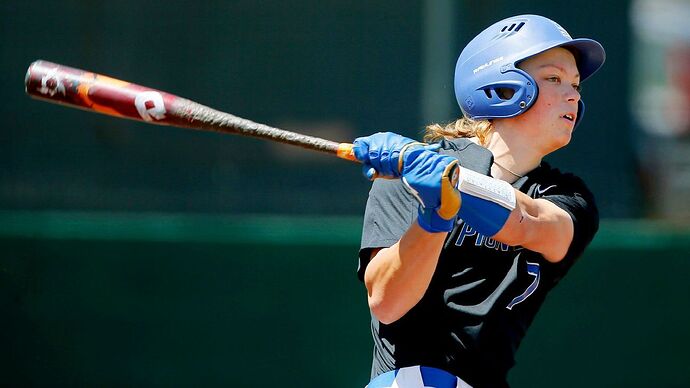 The MLB draft begins at 7 p.m. ET on ESPN, with the Baltimore Orioles selecting No. 1 overall. Follow along for pick-by-pick coverage.

Druw Jones is a Vandy signee. And of course Kumar Rocker was at Vandy. Two guys we don’t have to face. Holliday’s uncle is the Okie Lite coach but there was no chance we were going to have to face him in Arlington.

Well now the waiting game is on for the next few days.

I watched the braves for years during their “ hay day”. Both chipper and Andrew jones were always dangerous.

Moo U had a signee drafted early too. And LSU’s Jacob Berry went to the Marlins at #6.

Vandy has had a bunch of people taken.

First round is over. Wallace was projected in the comp pick area by some, and that’s about to start.

Still no Wallace or Pallette, but our favorite cussing Gator just went to the Pirates.

Yep. Wallace and Paulette not even on the radar right now. I don’t see Big Bob going until the 3rd round. Lot of 2nd Baseman already taken.

Wallace went to the Royals at 49. Dayton Moore took care of us.

I was going to predict that but I guess my ESPN tracker is behind. They only showed the first 47.

Pallette goes to the White Sox at 62.

Our big pitching commitment (Cole Phillips)just went. He’s gone. Next year will be a rehab year for him (TJ).

Wish him the best. He was a big TX prospect who turned those schools down and committed here because he thought we gave him the best chance to develop into a pro if he wasn’t taken high in the draft and paid.

And there went Pallette.

Robert Moore was selected by the Brewers with the 72nd pick (Round 2 CB).

There was some slight hope earlier in the spring that Phillips might make it to campus after he was injured. Tommy John just doesn’t scare teams anymore. I think they like being able to oversee the rehab.

Arkansas was one of five teams with three players selected today. Oklahoma, Oregon State, Tennessee and Florida were the others.

No Robert Moore can’t be picked in the second round with all them sucky offensive stats LOL. Just proves that if you can pick it and show that you have a chance to swing the stick a little they’re still great value.

Does this look good for Jones and Neville coming?

I may have read it wrong but I think I saw Keith Law had Neville ranked ahead of Jayson Jones.

Pallette goes to the White Sox at 62.

Hated to see him leave, but very happy he ended up with my White Sox!