Mizzou perspective on the defection of Brazile to Hogs 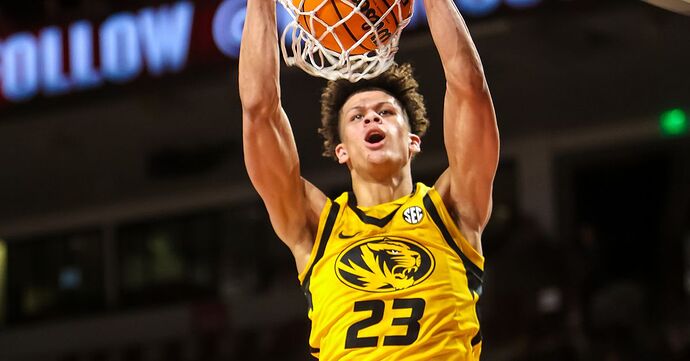 As Trevon Brazile picks Arkansas, get used to the new landscape in College...

Welcome to the NIL era.

I think being able to play for a team that is likely to have another deep run in March 2023 and the exposure that brings (along with NBA-experienced coaching) had more to do with TB’s decision than what the author “suggests”.

Seems like people from other schools know a lot about Arkansas NIL money. Maybe I live under a rock but I’ve yet to hear about anybody just handing out NIL money to all of our recruits or transfers. Of course some of our guys have NIL deals but is there some secret group handing out deals to get kids to come here?

Next, you can give out all the money you want but you better be able to coach them. See Will Wade! What we have is a real coaching staff that has high standards. Lots of programs don’t have that…See Mizzou

That was really interesting to read. I’ve felt that Arkansas, while competitive in NIL, was behind the curve compared to many of the institutions the pundits fawn over.

I don’t know the author, but I recognize this as generalization. I am sure that he has no facts behind the comparison of the school’s ability to push NIL deals to their players. If he is correct in that generalization, then Missouri just wasn’t paying attention as the game changed. I doubt that happened. I think it was a case of Martin not putting together the right pieces. I know he can coach defense. But with the departure of Pinson, Missouri had almost nothing at the guard position. I was interested in his description of the Springfield landscape. If it’s dominated by Arkansas fans, that’s news to me. There was an active Arkansas alumni chapter there for a time. I spoke there twice. But I never thought it was anything that would rival a Missouri group in the same city.

The problem of late for much of that part of Missouri hasn’t been Arkansas, but the high flying Kansas City Chiefs. I could be corrected by someone who lives there. But as a resident of north Arkansas (Norfork to be specific), the amount of KC Chiefs stuff I see in either Mountain Home (with Missouri plates), Branson or Springfield is pretty amazing.

How does he think Dorkwitz just signed their all-time best football class? Bought and paid for. What a maroon

I think the writer is telling Mizzou fans to get used to more of this until they they start winning more games. Getting to the winning part is the hard thing to get done. Fans don’t go to games until winning is happening . Players notice that. Muss flipped that script in three years, not many can do that.

Good thing in basketball is couple really good players can make a team competitive , bad thing is getting two real good players to do it. Football is bigger nut to crack and there is a portal there too.

The problem of late for much of that part of Missouri hasn’t been Arkansas, but the high flying Kansas City Chiefs.

Razorbacks are lucky that we don’t have to compete with pro sports or another high level college team for the attention of sports fans in the state. It’s good for us that we dominate print, TV, & now social media coverage. The one criticism I have of HY is that I don’t think he appreciates that aspect of historic Razorback success. That’s why I hate he scheduled that game in 2025 with ASU & has blessed games with them for basketball. I’m a bit less concerned about it for baseball and the non-revenue sports, but I still think we’re best served by not acknowledging other schools as competitors.

These sour grapes make the best whine (nod to J)… Enjoy the string of bad takes.

It’s the same YT Oz posted 3 hours after I posted it.

This is amazing. Thank you for sharting this.

I am a born and raised Arkansan and a hog fan for life- living back home in Arkansas again- but I do (gasp) hold my undergrad degree from MU and still follow them as a “second team”. I do have some insight into the athletics department and fanbase from my time there. I was there from 2011-2015 when they made the Big 12 to SEC move

Mizzou athletics’ biggest problem is that they are clearly the 3rd biggest sports team in Missouri behind the Cardinals and the Chiefs too like Clay suggested (and in STL actually they are less popular than Blues hockey). I vividly remember how much more excited people were and how much more packed the bars and restaurants were during the Cards 2011 World Series run as compared to the back to back SEC East titles in football. So many loyalties really divides the attention, money, and number of people buying season tickets. Statewide support is really lacking there. What I love about Arkansas is you can be in the boonies and see Hog gear everywhere you look- not so in Missouri where you only see Mizzou gear in CoMo and the affluent KC and STL suburbs

Having been to 40+ football games at each school, you cant even compare how much more enthused AR fan base is for football and winning football games is an afterthought there. I always thought Gary Pinkel was a miracle worker with what he did. I remember coming home twice my first semester up there for the UA-Bama and UA-SC games that year when we lost 50+ points to 0 each game and thought the stadium experiences between the two schools were similar that year. Shocked that Drinkwitz was able to get this class together frankly given all of that

For hoops- despite the embarrassing attendance this year, there is a lot of real interest and pride in basketball and a perception by fans that they should be a perennial top 25 team given the usual talent from STL and KC every year (which they lose to out of state teams). Cuonzo is from East STL and was partly hired to recruit those STL players but he couldn’t do it, one of the several reasons he’s gone. I do hope that their hoops improve to their potential, if at least to give Arkansas a better rival

Leaving Big 12 really hurt fanbase morale in terms of caring for the games- especially KU basketball. Mizzou-KU bball games were at same level of UK-UA in terms of hate/bragging rights and honestly more hate given history going back to the civil war (Missouri militias basically pillaged Lawrence KS…) I’m convinced a big reason Cuonzo was fired was because KU absolutely smacked MU in a non-con game this year

Anyway, just like I was thrilled when Mike Anderson came to Arkansas I’m stoked to see Brazile coming. Wps baby

A mistake by HY. Really bad if you lose or even have a close game, winning adds nothing. This game will only serve to cement more firmly what animosity already exist between supporters.

wow, he sure throws around some wild accusations, with nothing other than his opinions. His pain and sour grapes, make me so happy lol

I’ll tell you exactly what it is. This kid is talented and he fits a piece that Arkansas is missing. He is long and is a very good rim protector. You put him on the floor with Williams, and both will thrive. The Missouri program is stagnant. He wants to go where he can prepare for the NBA and/or at least compete for championships.

The difference in Missouri and Arkansas is simple. It’s the Arkansas Razorbacks. It is the state of Arkansas. Doesn’t matter if you went to college in Fayetteville or if you drive a truck. It’s your team if you are from Arkansas.

You are also correct that the Kansas City Chiefs are the football team in Missouri. Then you have the St. Louis Cardinals. If Mizzou has a good team the fans will come out but they don’t live and die with the program like Arkansas fans do.

Here’s more of the same… 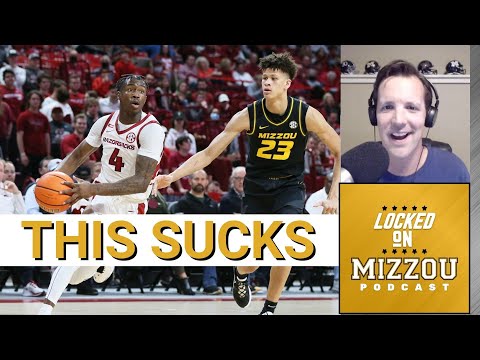 Watched a bit of the podcast, and generally found what I saw to be pretty tepid. However, something that stood out to me was him attempting to make hay and make his case about something being afoul in Fayetteville in that we were 85th in recruiting last year and leaped to being ranked second this year. This is the incomplete and/or lazy and deceitful reporting that seems prevalent in society today.

Last year was a one person class if the portal is not included, which certainly was the case. In addition with the 13 scholarship limit, it would not be unusual to have very different rankings in consecutive years if there is limited turnover. If the podcaster had taken into consideration the 19/20 class it may have made the leap to this year’s ranking less suspicious, unless accuracy and completeness contradict the story he was peddling.

Brazile’s departure can’t have anything to do with the fact that Misery basketball SUCKS, can it?

Curious if anyone can confirm or debunk these claims.

Can’t confirm or debunk, but was told prior to some in this year’s class, NIL definitely played a factor. Not saying, they were told if they were Hogs they’d get “$10,000”, saying they were told that the deep pockets here can invest in the NIL’s whereas teams like Mizzou is fighting with the Chiefs, Cardinals, and Blues for “donations” for the NIL

Maybe, heard some rumors of something else. (And no TB wasn’t involved, but maybe something wasn’t “equal” in the Athletic Department)