Missouri State will not be able to play at Arkansas next Tuesday due to positive covid-19 testing at Missouri State. 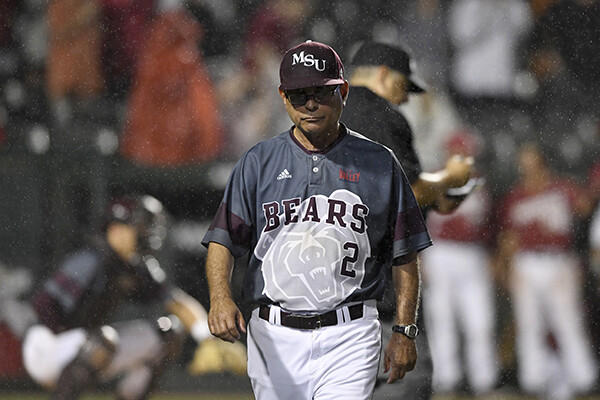 Arkansas' scheduled baseball game against Missouri State next week has been canceled due to positive covid-19 testing within the Bears' program.

That stinks. Missouri State usually gives us a good game (don’t know how they’re doing this year, aside from covid), and I had purchased a ticket for that game.

We had this discussion yesterday about trying to add a game. Is there any more likelihood of that happening now since we have several days to see if a school is available?

Hate to hear this. Probably too late to find a replacement. Not sure it’s worth trying. As Matt said in another thread, they’ve played a lot of baseball lately. Losing out on another mid-week game is not the worst thing to happen, even though this one would have been better to play than Grambling.

Boo, that was the only game I was able to get tickets too! Hopefully they release some more soon.

It was my best tickets to date, although section 101 front and second row a few times were nice. I suspect we’ll see the email for season ticket holders and RF members to purchase seating early next week for the remaining 7 home games.

I had really good seats too and the wife and kid were excited. I want to go to the A-State game because it’s on my 35th bday but that seems like it will be a hard ticket to get. Wish we were playing a roodypoo that no one cared about that day instead!

ASU game should be the seats opened up in April, plus whatever amount we do for May.

Van Horn said he has reached out to some teams about potentially coming here to play as a replacement, but he didn’t sound optimistic it would happen. He said most teams don’t want to travel this year.

I was thinking (not assuming) that the majority of colleges all had their covid shots by now. Apparently not. ;-(

Most states are just now opening vaccination eligibility to all adults. For colleges, or pro athletes, to have cut in line would not be cool, although now the problem is the reverse: too much vaccine and not enough willing arms to put them in.