We have discussed the terrible pay (less than minimum wage) for those in the minors. Here is another issue that I had not thought about.

Like every other minor-league player, he won’t get a single paycheck from the end of September until mid-April.

No matter what they do, all players interviewed agree that these part-time, minimum wage jobs in the offseason are the bulk of their annual income. 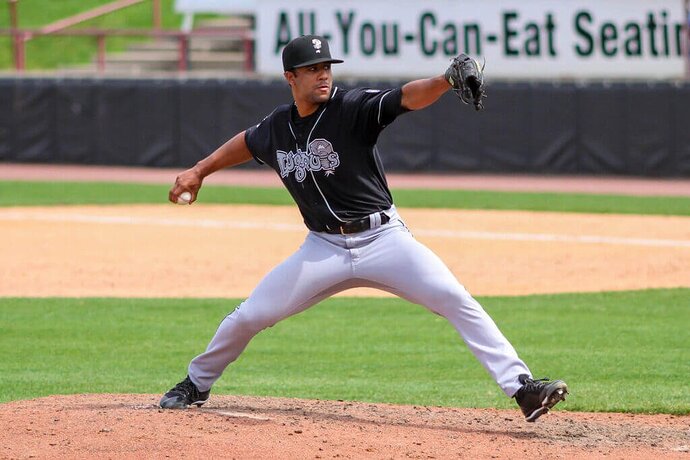 'We are making pennies': For many minor leaguers, unpaid offseasons prove...

Minor-league players speak out about the challenges for players paid below minimum-wage – and only in-season – to make ends meet.

One player interviewed by The Athletic is going into his first spring training. He’s been working full-time at a restaurant, driving his parents’ car until he gets his nightly tip money to put into his own gas tank. He can’t wait to start his pro career, but he’s not that excited about spring training: he’s heard that’s the toughest part.

“I didn’t realize we didn’t get paid,” he said sheepishly. “Isn’t that illegal?”

That should help DVH get people on campus who might have otherwise signed, but then they’re still looking at dealing with that after they’re through at UA.

But somehow the owners are always right and the players are wrong.

I think education about minor leagues is a big part of college coaches’ recruiting pitches. If the high schoolers and college players don’t know it, they did not listen.

Crash Davis (Bull Durham) could tell them a thing or two about playing minor league ball.

This is crazy. Need some reorganization.

Any baseball fan or sports in general needs to read this and pass the word. Even to parents with kids in the sport.

I heard DVH say something I hadn’t thought about the other day when he mentioned that playing in front of the big crowds that we have in the SEC far better prepares a player for MLB than the sparce crowds you get in the minors until you get to about AAA level.I have been to many AA games in Pearl Ms(Braves system) and have never seen more than 2000 there.That made a lot of sense to me and I think you will see more and more go to college now more than ever.

Billy, the other thing is the travel that happens from top level schools (SEC, ACC, etc.) is far and away better than the minors.

Yeah travel is tough .Minor league baseball is a job plain and simple and a not very well-paid job at that. I think you have a lot better chance of progressing into the major leagues with SEC training than you do the low level grind in the minors in front of a few hundred people… if that… there would be no decision at all for me if I were in their position.

Plus, you can get a degree to go along with it. That is no small thing.

I remember DVH making a comparison of the hotels they stay at vs minor leagues as well the restaurants. SEC flies to most away games. Minor leagues may drive by the airport in their old bus.

There is a reason for minor leagues. The Latino players need it. They cannot go to college. Many did not got to school past 7th or 8th grade and just played baseball and/or worked. That is another reason to go to college - get a degree and you will be ahead of many of your teammates who have little chance at a profession after baseball.

Could be why we are seeing a trend of HS and 1st year college eligible players setting higher sign on bonuses for their services.

Let’s see what Robert and Caden get.

Can’t miss guys going high in the draft usually get theirs.