Behind paywall at D1Baseball. Anyone who has a subscription care to give us the Cliffs Notes on what he’s proposing other than making baseball a head count sport, which is pretty obvious? 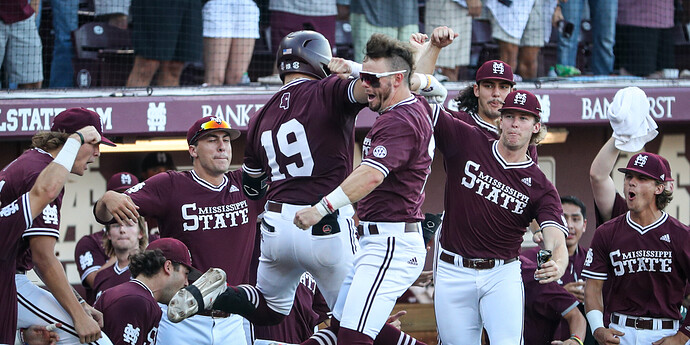 Our Mike Rooney is unveiling his strategic plan for college baseball, and Part I deals with the postseason structure.

This is his first part of several more to come.

Then16 hosts of 3 game series

And the third round would be just like the current Super regional, winners advancing to CWS.

Also proposes expanding to 68 teams. Those “First Four” games would be played at the sites of the overall top seeds on Thursday night, with winners advancing to the 2/3 series against the hosts.