He actually had pretty good defenses for 17-18, of course his DC got snatched up.

Well the interviews should be fun!

My question is if he can recruit well enough to give his system a chance to work. The Air Raid can cover up some talent discrepancies on offense but he’d better get some people who can play defense or he’ll be on the wrong end of some shootouts.

36-36 in PULLMAN----what is the average ranking of those recruiting classes I wonder?
MSU is top 30 every year, . Not that he had great classes at Lubbock. Gonna be interesting

The other side of that coin is “what was the average SOS he played against vs. what he (MSU) will see in the SEC West?”

IMO, MSU will become the Texas Tech of the SWC…always a threat, but never a team you can count on. In other words, just as likely to be upset as they are to upset someone. I think they’ll average 6-7 wins over the next 4 or 5 years.

If take any average of seven wins of the next five years - in a heartbeat.

MSU will become the Texas Tech of the SWC…always a threat, but never a team you can count on.

The Big 12 & Pac 12 are heavily dependent on Offense. Only Stanford & USC of the PAC 12 in the past decade have fielded a defense capable of matching JR NFL (SEC) Defense.

Except he can’t transfer again in FBS, I believe.

Hope the Leach to Starkville doesn’t happen, but as someone posted earlier the SEC coaches press conferences will be on prime time when the pirate is up.

Absolutely agree. Any bets on how long this last?

IMO, MSU will become the Texas Tech of the SWC…always a threat, but never a team you can count on. In other words, just as likely to be upset as they are to upset someone. I think they’ll average 6-7 wins over the next 4 or 5 years.

But every few years he comes up and wins 11 games w a top ten finish like WSU 2018 and TTech in 2008. What did Mullen average, I wouldn’t think much better.

Joe Mooreheas gets fired after going 14-12 in 2 seasons at MSU, if chad Morris had done that, we would be having parades and giving him a raise!!

Moorehead was asked to leave basically because he just didn’t fit in. How is Leach going fit in? He better win a lot and quick.

Mike Price did well there but other than that they rarely won until he got there. 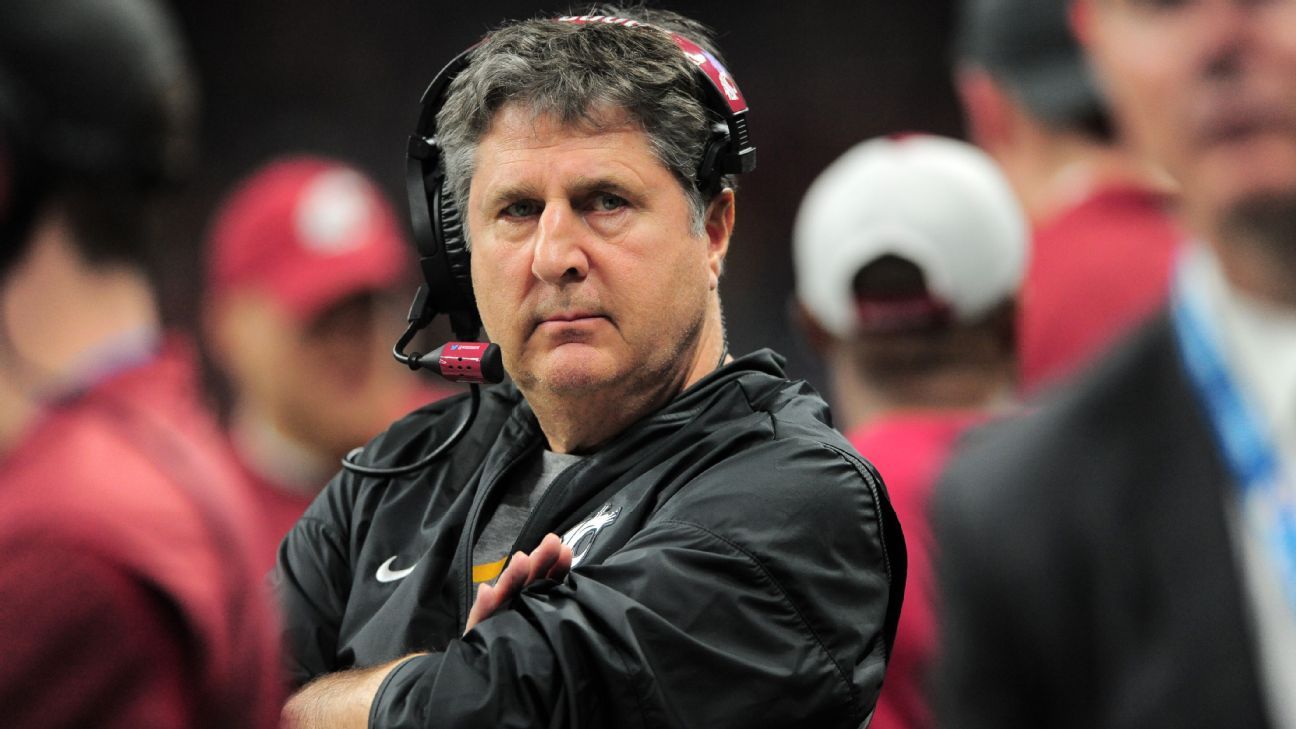 Mike Leach, who has guided Washington State to a school-record 43 wins and five bowl games over the past five seasons, has left the Cougars to become head coach at Mississippi State.

I can’t say I know all the behind the scenes stuff, but the yankee coach in the south probably rubbed people the wrong way in Starkville.

Watching a video of leach arriving in Starkville with a cowbell, guess he was glad to get out of WSU. lol

he must have been a total a$$, I mean whenever i saw the guy on video, he was kind of a laid back guy, go figure. I always heard Mullins(who is a yankee as well) loved him some Dan Mullins, that crap gets old, seems off to me.

Yankee??? Ok, a bit touchy with that. I don’t think that had anything to do with it.

Also, anyone notice how much Kiff and Leach are getting paid? It just reinforces my opinion that Arkansas didn’t wanna pay, and it’s how we ended up with Pittman and Chud. Now that doesn’t mean success when you pay, but we’ve been outbid on a regular basis.

Describing it as being “outbid” is not accurate. None of the situations of late has involved a bidding war of any kind.

UA backed up the truck to try to get Gus, and got played, prior to the CM hire.

The Kiffin saga was pretty well hashed out a couple of months ago, and involved an attempt to leverage UA for more money after the parameters of the deal were set. That’s not being outbid, that’s refusing to play the weasel’s game.

There was never an offer made to Leach. They kicked the tires, heard what he wanted, and moved on without ever making an offer.

You seem to have some curious takes, but just because we did not hire Leach or break the bank for him, does not mean we would not open the checkbook for who we thought was worth paying. If the thing with Kiffin went down the way some think, it was not about money, it was about being played. If on day one, the coach is clouding the process with game playing over money, does that not cause concern about playing games from that point forward and certainly causes me to be concerned about commitment to the school. I love how easy it is for some to spend others money. The difference between Sam’s salary and Kiffin’s and Leach’s proves little about willingness to pay, it just recognizes the fact that Sam has not proven a higher value yet.

Hopefully Sam rights the ship and gets us pointed in a good direction, since I know many of the “dead horse beaters” will be watching and ready to pounce.

Unless Leach changes his history, he might rub some the wrong way. Maybe one is a jerk and the other just a bit unhinged!