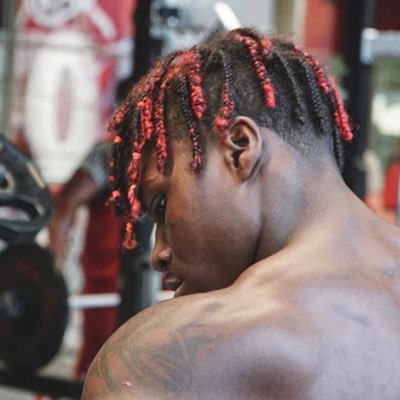 amazing he could do that!I’m having rotator cuff surgery Thursday and worked with it for three weeks and was miserable! No way I could have been hitting people with it, might explain his missed tackles

My son played with a torn labrum last year from September on. He had surgery in February. Hope Foucha has a quick recovery.

Well that explains a lot! I’m sorry I have been critical about him missing tackles and avoiding contact! I hope he recovers and is ready to play by summer practice. Will this keep him out of spring ball?

I can’t speak to Joe’s situation but my son had his surgery in February and wasn’t cleared for contact until August.

I would think so, especially if it’s a cuff tear. I used to assist in shoulder surgeries a long time ago so I’ve seen the process up close. He can expect to be in a sling for six weeks, and full recovery is more like 4-6 months. Four months (assuming surgery before the end of the year) would be April, six months would be June. Even if he recovers quickly, do the rehab and get ready for August.

Well he will miss summer ball too! The young man just needs to get healthy.

Prayers for a great recovery. Shoulder rehab is tough.

My youngest was a safety in high school, and tore his labrum about the fourth game of the year, but held off on getting the surgery until the season was over. His tackling went way, way downhill. His recovery time was about five or six months, and the shoulder still bothered him the rest of his career.