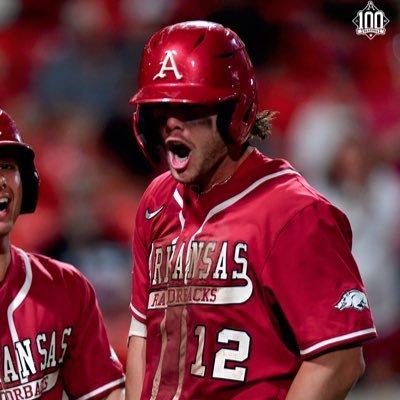 @MBTurner5
I’m excited to announce my new NIL deal with Castle Rental and Pawn as their official D-1 “Rental” Baseball Player of the year! They’ve provided great value to their rental customers in NWA for over 40 years. Visit their website at castlerp.com@castlerp https://t.co/89w1G6eyoO 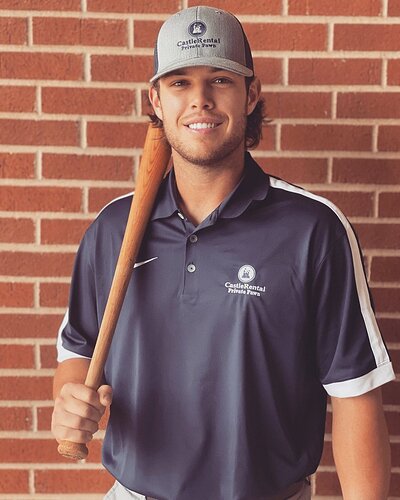 That has got to be the best response to idiocy I’ve seen in a long time. Congratulations to Michael & kudos to Castle Rental & Pawn. Someone has got a cool imagination.

Meanwhile, I hope Rascin is still suspended, apology or not.

Now that’s just fantastic and talk about some imagination. I wasn’t sold on Turner early but that young man has bought in to being a Hog and playing some great ball to.
He’s the leader type, had he been here more than just this year.
Loved his reaction when Smith struck out Riggio.

That has got to be the best response to idiocy I’ve seen in a long time. Congratulations to Michael & kudos to Castle Rental & Pawn. Someone has got a cool imagination.

Meanwhile, I hope Rascin is still suspended, apology or not.

I guess i am being very very stupid (which as you know, is common for me) but I don’t understand. (1) What idiocy are you referring to? (2) What are you talking about with “I hope Rascin is still suspended, apology or not.”

Again, think I am being stupid.

I hope Rascin is still suspended, apology or not. 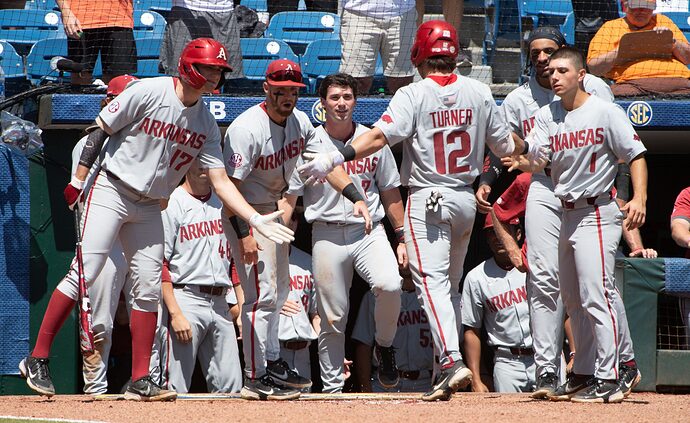 OK, that explains it all. I missed the whole story before this. Been busy at work and really haven’t kept up with things.

Aloha,
My Lord, can’t comprehend such a horrendous attitude towards a college athlete. Unfrigging unbelievable. Surprised Ruscin still has a job. An on-air apology is not enough for such a mean spirited hit job. Wonder if their is any action Turner can take against Ruscin?
UA…Campus of Champions

My only question is, the timing of this. He will be a “Professional” within the next month.

But remember, these kids aren’t professionals

I love it. What is the perfect response!! Good for Michael

I had a conversation with my best friend this week about Troy Eklunds terrible on air gaff last week. My friend spent over 50 years in broadcasting and knows baseball better than anyone I know. He was shocked Troy was not fired for that character assisination. I was shocked myself. I brought up to him it could have come from a producer talking into his ears about the TN fake news. He said that makes sense and if so that producer should be canned. I really like Troy and lot but that was not good at all.

Doesn’t matter when he becomes professional. He’s getting some money now that he didn’t otherwise have. Besides, he probably enjoyed the mild shot at Rascin.

I missed what he said Danny, what did he say?

On the air Troy said that a Tennessee player had been suspended for failing a drug test. He also said the entire Tennessee team would be tested. Turns out the source was a tweet from an idiot that makes us stuff all the time just for fun. The player mentioned was held out for an injury/sickness which kinda gave it some credibility. He apologized on the air the next day.

I’m not sure Turner will be drafted. He may be preparing himself for life outside baseball with this.

Eric Cole had a take on the Ruscin rant. Remember which play Cole is most associated with as a Hog. 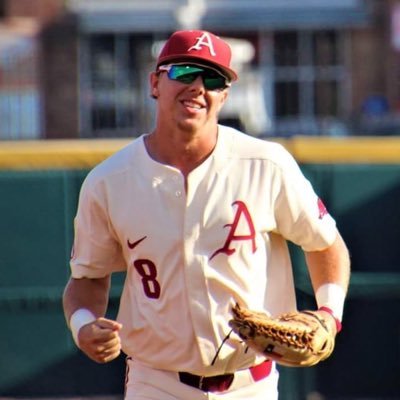 @criceole8
I don’t think I’ll ever forget all of the people telling me to end my life during the national championship. Grow up and treat the kids like human beings, I promise that some of the stuff you say can stick with them for the rest of their lives twitter.com/joshteeter01/s…

Northwest Arkansas radio host Derek Ruscin called an Arkansas player a “stupid ass”, “disgrace”, “loser”, ETC. there is absolutely no room for this in Arkansas radio. You’re disgusting and deserve to never have a job on the airwaves @ESPNRuscin https://t.co/YZLfzxFcnn
2 Likes
youdaman June 9, 2022, 2:28am #17

Yeah he should know not to say anything on a national broadcast until everything is verified, surprised he made that mistake…

He’s been through three draft cycles already (high school, 2020, 2021). Nobody’s taken him. And he’ll be 24 soon. There are 2.5 strikes against a 24-year-old in the draft, which is why Kevin Kopps lasted so long even with the Golden Spikes award.

I would not be surprised to see Turner drafted. Teams make bargain picks all the time. The difference in this year’s draft and past years for him is that he was exposed to more scouts by playing for a top program in a top conference.