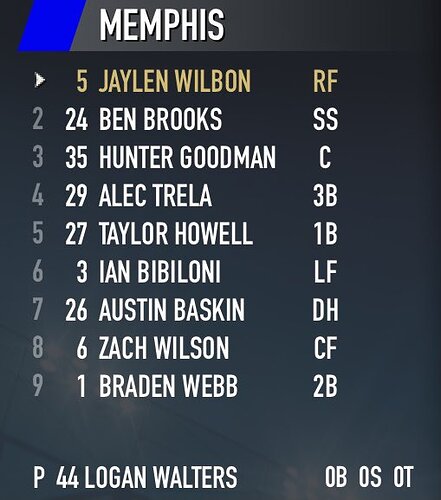 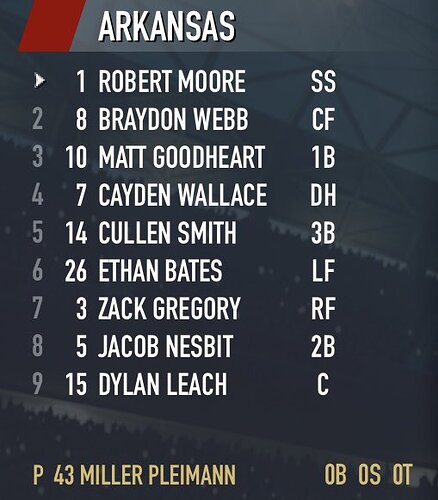 I notice Franklin is not in the lineup. Is there an injury there. He had that weird swing with the bat late in the game yesterday then his next swing looked a bit awkward. Like there was an issue in the wrist or forearm. Any information there?

DVH said wrist has been bothering him, was thinking about giving him today off anyway, doesn’t think anything real serious, but is being cautious with it.

7-4 Hogs going to bottom of 7th.Goodheart with a bomb on top of the new facility in RF

9-4 after 8…Gregory with towering HR to Right

9-4 final. Ramage with 3 good innings, maybe that will get him going 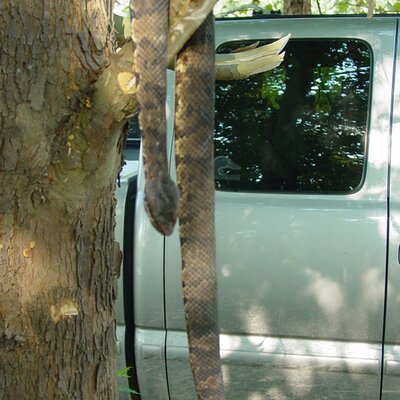 Hey @PhilElsonPxP , one of the construction crew has confirmed by eye witness that Goodheart's hr cleared the building, hit a piece of equipment and bounced into 15th St. #WPS
youdaman March 25, 2021, 4:25am #15

Wow! I knew he crushed it! But that’s awesome!

Memphis is probably not a bad team. I don’t know if they threw their usual mid-week pitchers at us, but even if they did, we beat them up pretty badly in both games. We did it while resting many of our starters. Good to develop some of the younger guys & give players like Opitz a chance to be rested for this difficult series coming up.