I promised this early, a look back at my favorite golf memories from covering the sport through the years: 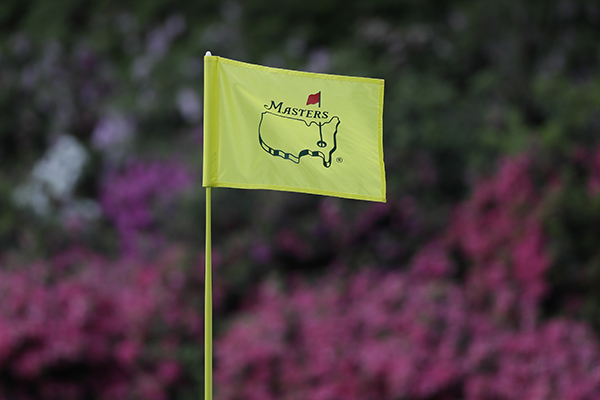 There are fishing columns to be written in the next few weeks with organized sports on hold. But I have heard from more than a few who say I’ve got to hit other sports, too.

FYI, I just spent about 90 minutes visiting with Nolan Richardson. I’m biased because every interview I’ve ever had with Nolan was terrific, but this was special. Will probably write tomorrow.

Great Article Clay! My favorite golf memory is going to the practice round at the Masters in 2009 with my brother,little did I know 3 years later he was to be stricken with liver cancer and died in 2016 it’s a day I will never forget. We were both avid golfers and were just blown away by how pretty the golf course is and how hilly and steep the greens were, TV does no justice to how beautiful it is until you’re actually standing on the grounds…
My favorite round of golf was playing Kapalua in Hawaii where they play the PGA tour in January. I didn’t do quite as good as you Clay I shot 85 but oh my gosh was it windy 25/30 mile an hour winds so I was proud of it.
I haven’t played in a couple years, just hard to get back out there without my brother but if my shoulder continues to heal, I will try to get back out there this summer.

Keep these coming please Clay. I absolutely love your golf and fishing stories. Being a longtime member of Arnies Army hearing about your time with the King was outstanding. Augusta National is simply a magical place. My one and only visit was on the Friday round in 2003. We followed Tom Watson on the front 9 while he led the tournament. Then on Golden Bell (#12) Tom hit his 1st two tee shots in the pond. He never recovered that week. Being able to stand next to folks like Arnold Palmer, Gary Player and Greg Norman was something else. Even my wife (who did not play golf then) was blown away.

My best memory of the day was seeing Arnie hole a long, long putt and hearing the patrons just go wild. And all the players stopped and joined in the tribute to Arnie. The ovation went on for a long, long time. It was breathtaking.

Keep them coming Clay. These stories are wonderful.

I agree, keep the golf/fishing stories coming to keep sports in the air and help stave off the endless media hype of death.

I have other stuff coming. One thing I can keep doing, is write columns. Glad someone will read them.

I lived in Atlanta, from age 12 to 23 and loved the Masters. I grew up across the street from Berkeley Hills Golf Course in Duluth, GA (about 4 miles from TPC Sugarloaf and the Atlanta Athletic Club - sites of the Atlanta PGA event for several years and the US Open & 2 PGA Championships). Never played Augusta or Sugarloaf, but went to the Tournaments a few times. I did play several rounds at AAC… it is an absolute beast!

One story I love to tell is, when in 11th Grade, I started taking lessons from the retired Pro at Berkeley Hills, named Luke Barnes. His brother Tommy was the Head Pro at East Lake (site of the Tour Championship) for many years. Both Tommy & Luke did battle with Bobby Jones back in the day, and beat him multiple times at East Lake (where all 3 grew up playing).

While I was under the tutelage of Mr. Barnes, a young student-athlete and golf team member at Georgia Tech was also working with Luke. I was not aware of that fact until a few years later, when the name Larry Mize began to surface on the PGA Tour. I had seen Larry a few times on the Range, but had no idea who he was, or that he was good enough to become a Tour Pro… looked like just a regular guy… no massive length, and a slow curving right-to-left ball flight. I began to follow Larry’s career only because of the connection with Mr. Barnes.

The day after Larry won the Masters, I heard the following story from a local Driving Range owner (where I worked part time during the winter so I could practice for free). The Range Owner, Jimmy Moseley, was an Assistant Pro for Mr. Barnes for many years and Jimmy’s range was where I got lots of help on my game from a couple of other former assistants and where Mr. Barnes came several times to check on my progress (along with that of several other young golfers he was teaching - like Chris Patton).

On Wednesday before the Masters, Larry called Mr. Barnes from Augusta almost in a panic. He asked Mr. Barnes (who lived down the dead-end street from me in Duluth) if he could come to Augusta immediately. Luke, who was a gruff man, got in the car and drove to Augusta that afternoon. He met Larry at the range and Mize showed him that he was constantly hitting a straight push to the right instead of his usual smooth draw. Allegedly, Mr. Barnes (who was about 80 years old at this time) quietly watched him hit about a dozen shots without saying a word. Larry asked, “What do you think is wrong?” Luke abruptly said, “Move the ball forward 1 inch in your stance”, then turned around, walked to his car and drove the 2.5+ hours back home.

Mrs. Barnes, who played some golf with my mom occasionally, later confirmed the story but added a juicy detail. She said that on Sunday evening, when Larry & Greg Norman were hitting into the green on No. 11 in the playoff (after Seve had been dispatched on No. 10, the first playoff hole) and Larry pushed his approach way to the right of the green and down in the drainage swale, with the green sloping away towards the pond… Luke cussed a blue-streak and walked outside to smoke a cigarette and missed seeing the famous chip-in (live) that won the Green Jacket for his unassuming young pupil!!!

Confirms my thought that often ball position off inch is all it takes to lock in for hot streak.

That story reminds me of a story in Ron Guidry’s book Driving Mr. Yogi. The premise of the book was Ron would basically be Yogi’s valet during spring training where traditionally many old time Yankee’s attend. One of those spring training Nick Swisher was having trouble hitting the curveball and getting very frustrated. Yogi mentioned to Ron that Nick needed to move up in the batters box to attack the pitch sooner. Ron told Yogi that he should tell Nick. Yogi said “nah…he don’t need advice from an old man - I don’t want to bother him”. Ron made a point to walk by Nick and tell him - go ask Yogi for advice. Nick asked Yogi then took his advice and it worked.

Ron said Yogi had a gift for helping players with minor adjustments.

One of my favorite books ever. Of coarse Yogi was my childhood hero.