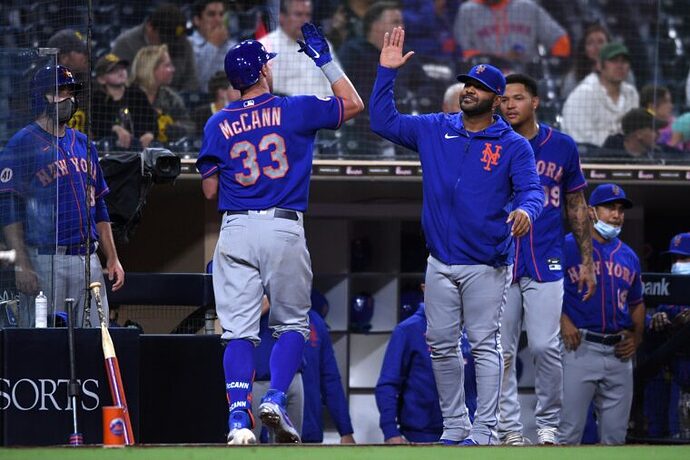 The beginning of James McCann’s tenure with the New York Mets was certainly disappointing. After signing a four-year, $40.6 million deal in the offseason, the veteran backstop struggled both offensively and defensively. McCann slumped to the tune of...

And here is that HR…I was there and the place went BANANAS!!! 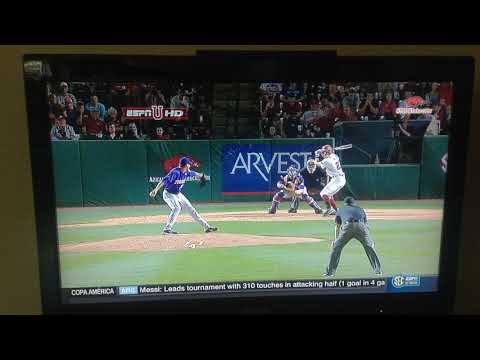 A childhood friends son played on that team (Sam Bates). I sat with some of the kids parents when they played TN. Good kids and parents. Sam had 6 dingers that year coming in 2nd on the team.

I was there and the place went BANANAS!!!

That’s probably true, given what was at stake.

But, if so…not by all that much. my buddy and I were sitting right by Marty that game, and from those seats you can see right down the left field foul line.

What the video above does not show is that two pitches earlier, McCann had crushed one that was foul by maybe 5 feet. But being where we were, we knew pretty early that it was going to curl foul. Still, you couldn’t help but feel that we’d had our chance on that swing, and it had come and gone.

And then he connected again, and on this one we could tell it was NOT going to be foul. Having gotten their hopes up for the prior foul ball, the crowd in general hesitated for just a moment before getting excited…but Marty, Paul and I (no - I’m not saying we were the only ones) stood up and shouted right away because we knew it was over. And then the place erupted.

It was a nationally televised game on ESPN, with a lot at stake and (I believe) a then-record crowd. No one wanted to leave afterward.

Great memory. And I’m sure 12K have a similar memory of last night.

One of the greatest moments in Razorback baseball.