Arkansas. He’ll be leaving in a few hours.

There are so many positive intangibles you get from McBride, in addition to the buckets. 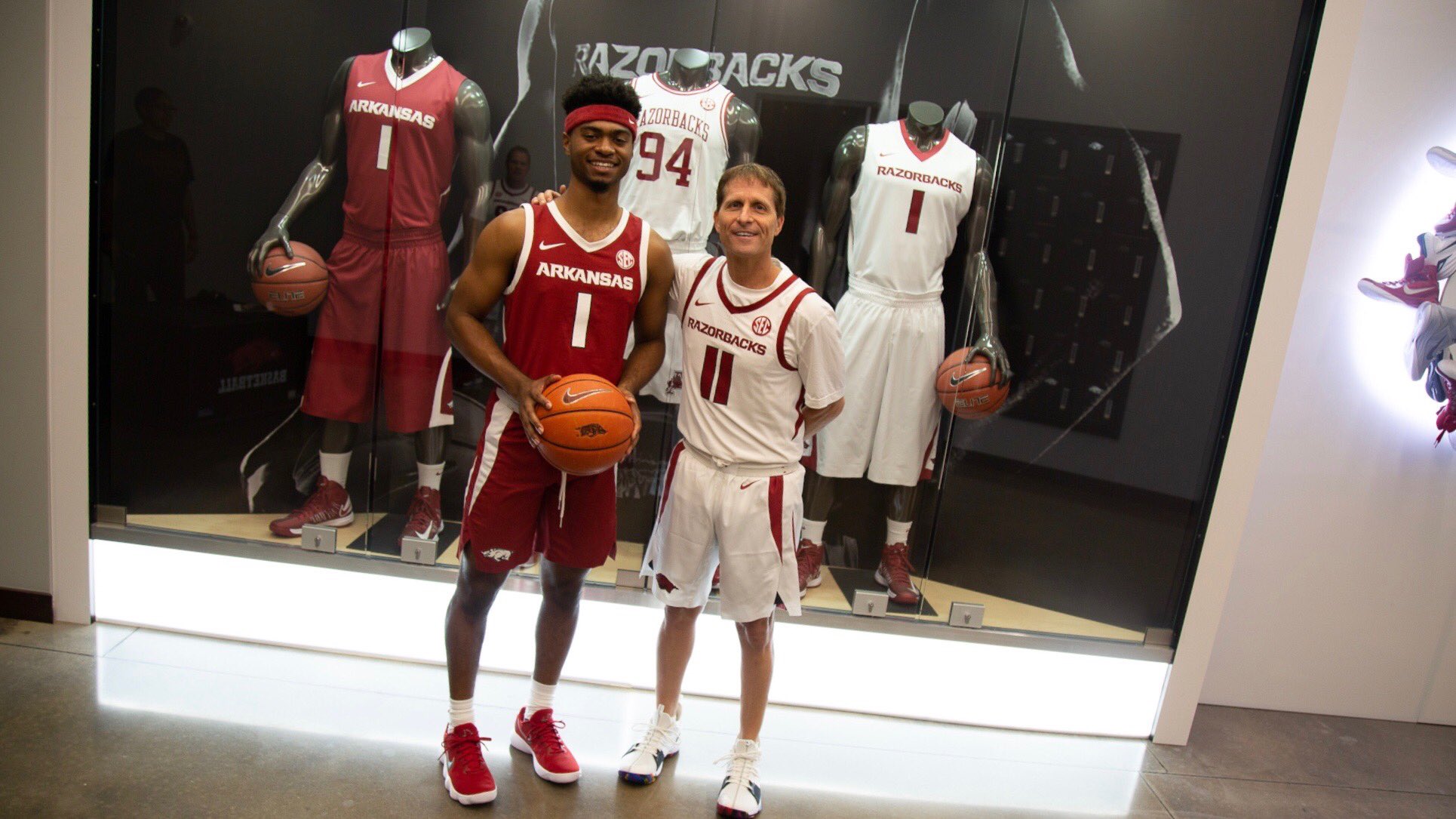 RD was is your take on all this? You thinking it looks good for a commit real real soon? Plus we got the Walker dynamic! Oh my!

RD was is your take on all this? You thinking it looks good for a commit real real soon? Plus we got the Walker dynamic! Oh my!

Would think Arkansas will be tough to beat, but how do the numbers work out? Not sure.

Didn’t know he was going today until I saw RD’s post and was just expressing my joy!

FWIW, best I can tell, he would be able to enroll in Jan. and be eligible to play next Jan. He could always request a waiver but this is uncharted territory being he left a few weeks in the first semester.

I know there is a rule that freshmen can withdrawal before the season if a coaching change occurs and transfer with immediate eligibility. I also know the NCAA likes to give waivers for schools getting in trouble and kids transferring out. I’m wondering if maybe he can get a waiver based on a combination of both? Freshmen that left before the season started because the school got sanctions? Will be interesting to monitor how this plays out.

Also, if he can transfer in, in Jan, but won’t be eligible until next Jan, and Walker can come in and play this Jan, would Muss take him? Or try to get both? Just curious

You have 13 scholarships. He would take Walker, yes. Someone would have to pay their way for a semester. 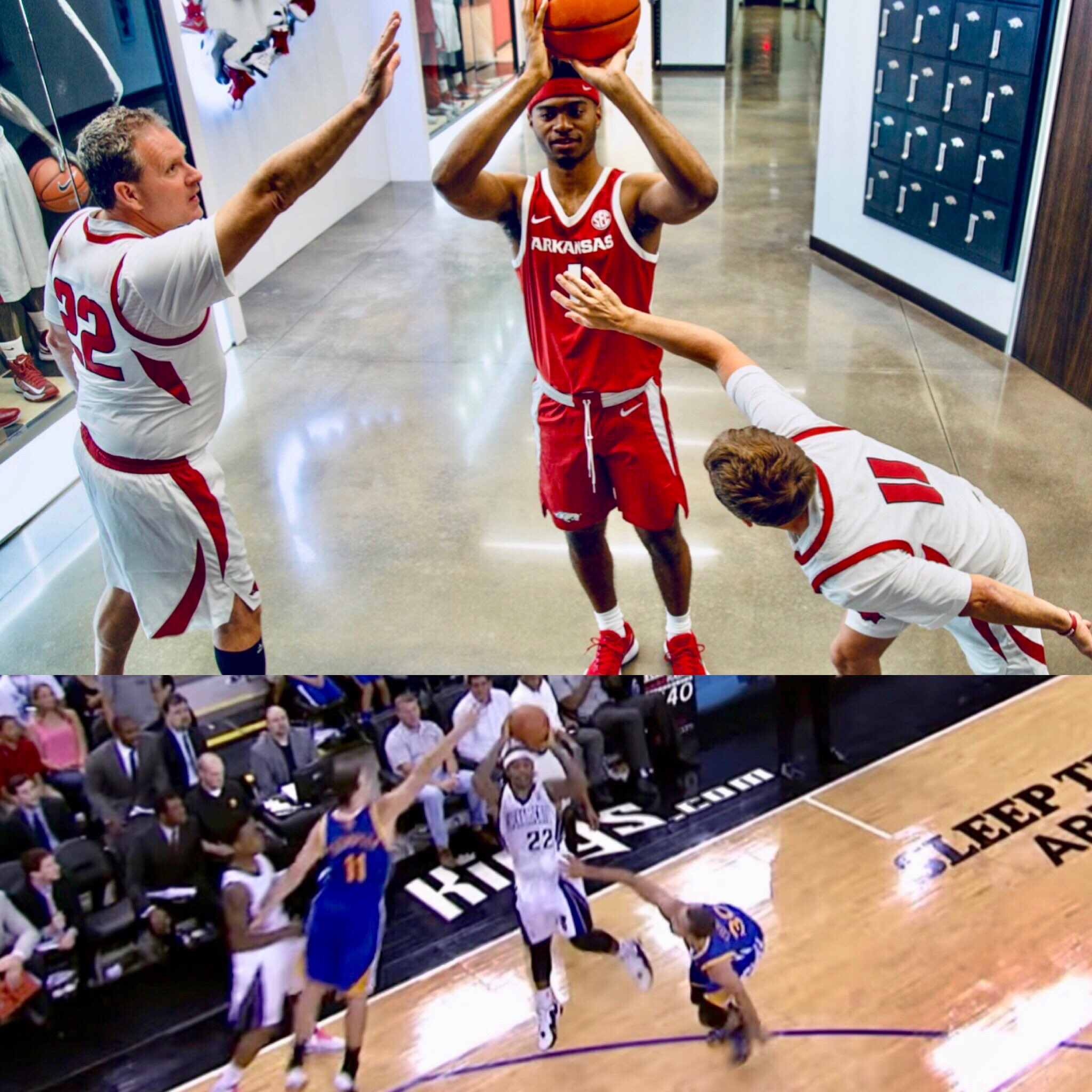 I believe for a freshman to transfer and be eligible immediately, it has to happen in the fall semester and the freshman has to be enrolled in the new school for the fall semester. Also, there has to be a coaching change involved. Someone can double check that but that is what I remember.

I think this is an interesting situation. First, what’s the story on McBride leaving? I’d love to know more. Based on people I’ve talked to, I don’t believe that it has anything to do with the possible sanctions. Second, how does McBride fit into the numbers and the needs, including who we’re targeting for the 2020 class. Reading the tea leaves, I think Muss would take a similar talent transfer versus playing the odds of landing a 2020 talent. He’s told us a few times that the staff is a year behind in recruiting the 2020 class.

In the past, I’ve been one that has been a little more critical of McBride’s overall ability. In the same posts, I’ve said that I’m biased with shooters and McBride is that; I absolutely love his ability to shoot the ball. In the spring of 2018, I saw him play about 5 AAU games. He shot the hell out of it, but he also didn’t impress otherwise. The rest of that spring and summer, he apparently showed a more well-rounded game and landed a great set of offers. I am always willing to say I’m wrong. I may have been wrong about McBride’s ability. I’m interested to see him live again.

In the end, he’s a 6’1 combo guard. At the college level, you can be very successful with that profile. Muss loves shooters. He also loves long players. Interesting case.

Question on his shooting ability. A lot of rumors that with a good year, Joe may get drafted. If he gets drafted, will McBride be able to duplicate his production?

All coaches love shooters and length. I don’t see that as peculiar to Muss.

I think Muss will have difficulty in turning down McBride if he wants to come, since even though Muss loves transfers, he wants to establish a trend of getting instate talent. You know how our fans react when our coach misses out on instate talent, intentionally or not. Not getting Monk, Allen and McBride was one of the causes of Mike firing. I am sure Muss knows that.