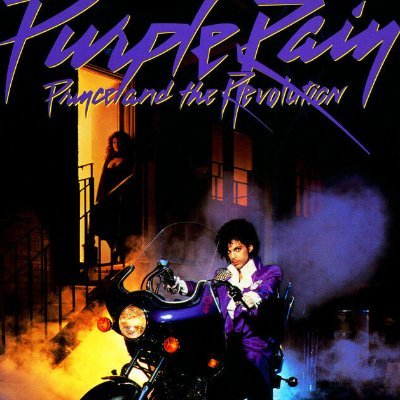 You would guess from that that the second game would be against the TTech-Creighton winner/loser, but we’ll see. Matt may have gotten the order wrong.

Bearcats just released they play Arizona first, and next game would be winner of OSU/SDSU

You would guess from that that the second game would be against the TTech-Creighton winner/loser,

I hope not. Just based on recent pre-season polls, I’d like to see a potential Hogs - Creighton final. These 2 polls are the only ones I could find after JWill officially stayed in the draft:

A whopping 6 of the 8 teams in this tournament are in the pre-season Top 25. If our “new” but very talented team wins this early season tournament, it would be an amazing start to our season. If we don’t win it, but play well, a single loss won’t really hurt us.

Win or lose, Muss will have great film with which to teach our young guys going forward.

No soft touch or sure wins against any of these. 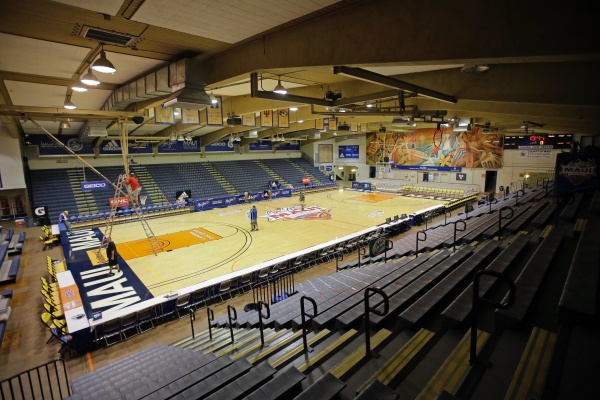 The bracket is set for the 39th Maui Invitational in late November. 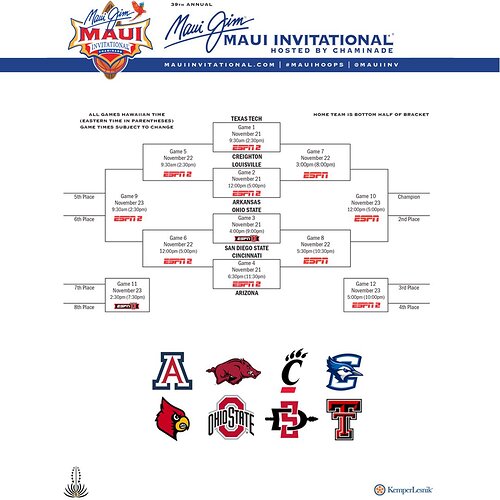 From that bracket, I would assume they have AZ as the #1 seed and AR as the #2 seed (They are playing the 2 unranked opponents), Creighton as the # 3 seed and SD St as the #4 seed.

Creighton, as the highest pre-season ranked team got the toughest draw, with TX Tech.

AR is 5 hours ahead of those listed times, so in Nov. we will be 4 hours ahead. The 2nd times listed for each game appear to be Eastern time zone.

I will be in Maui and would like to buy tickets to the Razorback games. Currently ticket sites are only selling tickets for the total session.

Me too. I was told sale of unused tickets from the participants might begin in August/September. Let’s see if anyone on the board has updated info.

I’d also like to know if there’s a way to participate in other fan activities—coach’s breakfast, golf tourney— without buying the RF $6,000 package.

here is the response I received from a representative of the Maui Classic:

Ticket availability varies year to year depending on who is playing. We are aiming towards an early August launch for ticket only packages. If you are looking for single tickets those will only be sold on site at the box office starting the Friday before the Tournament. Single game tickets will also vary depending what is sold through the ticket only package time frame.

If we get past Louisville, I would like to play Creighton. No disrespect to T Tech, but we’ve played them fairly recently. Been a while since we’ve played a quality Big East team.

Ticket only packages will go on sale towards the end of the month of August. Ticket only packages will vary from school to school due to the availability pending tickets do not sell out via travel packages. If you are interested in single game tickets, those will go on sale starting Friday, November 18th, at the Tournament box office. We would recommend following us on social media and checking our website for the most up to date information.