Matt about your story on GT's arena

Nitpicky here, but my understanding from the GTech website is that McCamish Pavilion is a completely new building that happens to be on the same site as the old Alexander Memorial Coliseum. The Pavilion is double-decked; Alexander looked like this:

It is the same site. They overhauled the old building. It’s a lot like Houston did with the Fertitta Center. 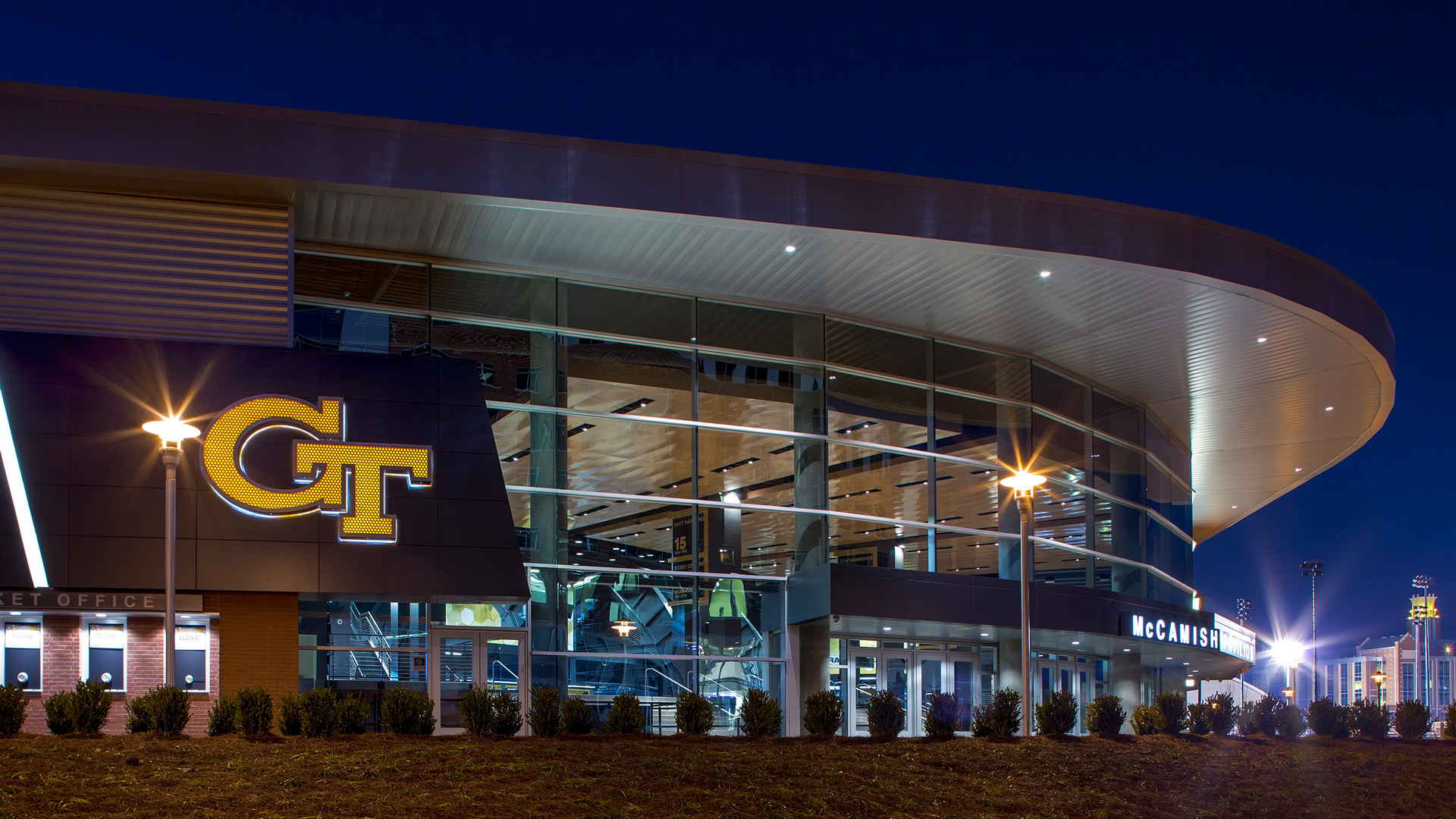 CHALLENGE. Calling Georgia Tech’s overhaul of Alexander Memorial Coliseum a renovation would be an understatement. Opened in 1956, the facility and its freestanding dome became an iconic part of the university’s urban campus. Because of its...

Called it the Thriller Dome. So many tight games against great competition.

It lived up to that name when I was there for the SEC Tournament. Aside from the championship game that year, every game was a tight nail biter that came down to a last-second shot.

My question is how often did you dine at The Varsity? Iconic burger/wing joint near GT.

he obviously didnt eat at The Varsity too often, or he’d be dead, lol

we go there every time we’re in Atlanta, my wife always hates it (“it’s just greasy food and it’s not even that good”). we all just ignore her, it’s just part of a fun experience downtown.

Not very much… 3 or 4 times maybe. @holdenhogfield 's wife nailed it… I too thought it was extra greasy! Always needed a handful of Tums afterward!

I also lived on the west side of campus, so it was a long way from my usual walks around campus.

It is a beautiful structure. I would expect nothing less from GT.

Dude, you sure know how to make a structural engineer (& GT grad) smile!

I did not work on that one though.

We know, it came out good

But ramblin did do all the structural work on the press box at WMS. It’s why he’s a millionaire today.

I agree on the food but it’s a fixture…

Yup 8600. Old Alexander Coliseum seated 9100 so they went smaller with the rebuild. Certainly if we were building BWA now we wouldn’t put anywhere near 19K in it. More amenities, more intimacy, fewer seats is the trend.

Given what we’re distributing, 14,000 or so for BWA would be about right. Then getting people to actually use their tickets is an entirely separate issue. I don’t think we’ll downsize BWA that much but they might get it down to 17k-ish

That’s the right size for Georgia Tech, which averaged about 5,900 tickets sold per game last year.

Generally speaking, that’s about the size you are going to find for most college basketball teams in pro markets. There might be a few exceptions, such as Memphis where the college team plays in the NBA facility.