Arkansas student coach Khalil Garland will attend @masonjones2’s draft party in Dallas tonight. Mason has invited @EricPMusselman to attend if he can make it. If not, Muss and a small number of the staff will watch the draft at his house. #WPS https://t.co/pSpApoMl4j
SwineFusion November 18, 2020, 1:47pm #2

Mase still seems borderline to me. He’s solidly in some mock drafts, nowhere to be found in others. Of course it only takes one team to pull the trigger and take him.

Yeah, I hope for his sake that he’s got several teams that told him they will draft him. With his party and his high expectations, it will be a huge disappointment for him if he goes undrafted.

I know most believe he couldn’t improve his stock by coming back for his senior year, but I would disagree. I’m sure he got plenty of feedback from teams. Focusing on the things he needed to work on might of helped his chances in next year’s draft.

Regardless, that’s not happening. I hope he tears it up in the NBA.

Two-way deal with Houston isn’t a bad option, and it looks like Houston’s guard roster is about to go through a major upheaval if the reports that Harden and/or Westbrook want out are accurate.

Mase is a grinder and a workahoilic. He’ll make it in the NBA. Somehow.

Not saying he won’t. Just saying coming back for senior year and working on some of the things teams discussed with him might of been a good thing to do.

Harden and Westbrook aren’t the only ones wanting out of Houston. 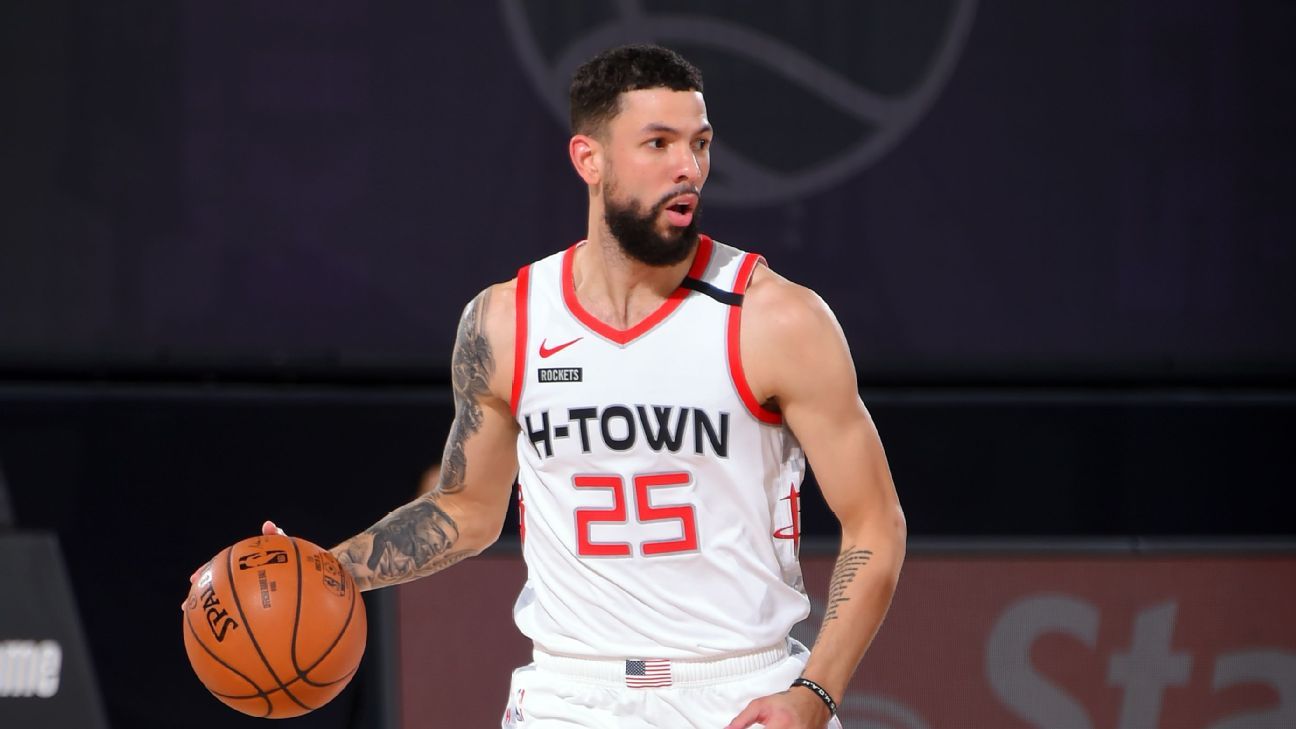 Rockets guard Austin Rivers has decided to opt out of his contract and become an unrestricted free agent, a source told The Undefeated's Marc J. Spears.

Think Mason will use this as motivation and will try to silence the doubters, just as he has every step along the way. If he fails, and I don’t think he will, it won’t be for lack of trying.

Not saying he won’t. Just saying coming back for senior year and working on some of the things teams discussed with him might of been a good thing to do

I don’t see how in the world this could be true. With the infusion of talent Mason would likely have the ball in his hands much less. And that’s his game. His usage rate would definitely diminish had he returned

Now for Joe, I think a case could be made for his return.

Mason’s usage percentage was 31.6, tops in the SEC last year. That wasn’t going to be replicated

It’s not always about stats. It’s bout improvement in the areas the NBA teams pointed out.