Pretty big news that it appears to be between us and Baylor, Baylor will likely lose their Coach with 4-5 NFL vacancies, he’s visiting us on Jan. 24, and he loves KB and CSP!!

who his Malik Hornsby? Does he play piano? singer/songwriter?

Dual threat QB out of Texas… big-time athlete, has connections with briles when he was at Florida State…the only predictions I saw did not have us really in consideration so hopefully that is changed

Does he play piano? singer/songwriter

There’s an Arkansas connection for Bruce Hornsby, who is the musician you mean. His son Keith played basketball for LSU (transferred in) and hit a three at the buzzer to beat us in BWA in 2015. Assistant coach on that LSU team? Eric Musselman.

Great speed to go along with strong and accurate arm. Man if that kid is a 4 star then who are the 5 star QB’s

This one’s going to Alabama. 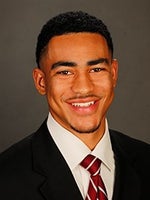 This one is a Clemson Tiger: 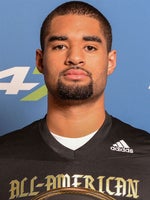 ESPN only has 17 5-stars (247 has 28) and there isn’t a single QB among those 17. Young is their top-rated QB at #24 nationally; ESPN has a kid from Duncanville TX (Texass signee) ranked ahead of Uiagalelei, along with Haynes King, who we’ve discussed here a time or two.

We need this kid! everything you want out of a RPO QB…Briles work your magic.

Hornsby is very elusive to go along with that speed. My concern would be is he strong enough to take those vicious hits in SEC. MAYBE he knows how to get down and avoid direct contact. Jefferson has a fullback approach to running and might be strong enough to get away with it!

Appears Briles for certain wants to recruit a freshman and I am guessing a graduate transfer.

Jefferson has a fullback approach to running and might be strong enough to get away with it!

I would really rather KJ not pretend he’s Tim Tebow.

I was at that game (upper deck behind the LSU basket where he hit the shot) and already knew about the Bruce Hornsby connection before the game. I found out later about Muss being on the LSU staff that day.

Article I read on him at 247, sounded like Baylor had edge, he knew nothing about Arkansas but said he was going to find out. Briles had been in touch w him at FSU. Baylor coach goes pro would help us. He has talked to Pittman. I believe he said first thing Pittman was ask about his mom. Could have been another recruit.

Yep it was him. First thing Pittman asked was about his mom which impressed him. Let’s hope he makes a visit w his mom and let Pittman and Briles do their thing.

Getting a visit I think on January 24

I don’t want to get my hopes up, but we desperately need a quarterback. We have no proven SEC quarterback. A kid like this could come in and play as a freshman, if that is important to him.

We need a great HS QB and a solid GT. I firmly believe the starter against Nevada is not on the current roster.

If he is then I’m very concerned.

If we’re forced to start a true freshman QB from the get-go then 2-10 is going to look good.

Because having grad transfer QBs makes a difference. Oh wait…

Spring practice will provide a much better idea on Jefferson. There’s no reason to discard the idea he can be the guy until you see how he develops with the new staff.

It seems pretty obvious we will try to bring in a grad transfer, given the departure of Starkel, the limitations of JSJ and Lindsey, and the fact that we don’t seem to be on any JC guys at the moment. Naturally a grad transfer comes in to compete for the starting job, but it’s not a foregone conclusion that Jefferson won’t be the better choice.