After NBA draft deadline. Hogs fall to a 3 seed. 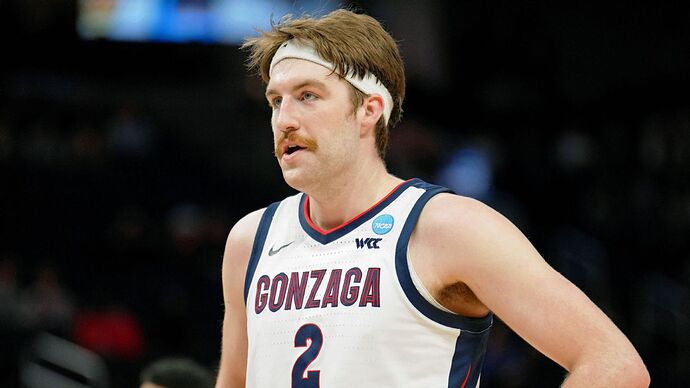 Drew Timme and the Gonzaga Bulldogs are back on top, but they have more to prove.

The 1s are Gonzaga, Houston, Kentucky and North Carolina; 2s are Kansas, Texas, Baylor and UCLA. The 3s, besides us, are Duke, Creighton and Tennessee.

Agree about Kentucky. They will be talented, but probably will under perform in March.

Houston, however, is loaded. The hype surrounding the Cougars is warranted, in my opinion. Watching them courtside in San Antonio was very impressive. They defend like crazy.

They return most of that team, get Sasser and Mark back from injury, and add Jarace Walker…. an absolute stud 6’7” freshman forward who fits their style perfectly.

I expect there will be some point in the upcoming season that Houston is ranked #1.

Yeah, that’s why I put UH in the “not sure” category. I figured the Coogs would be getting Sasser back, but don’t know much about the rest of the team. Sounds like they will run roughshod over the AAC in their final season in that conference, depending of course on what Penny can do with Memphis.

The Zig-zag’s will fall short again in spite of winning 30 games… no one will want us in their draw come tourney time. Muss has reached the Great Eight twice with far less talent at his command.