Lunardi drops the top of the SEC in his bracketology

I guess Joe has lost confidence in Bama and the Hogs the last month. His latest bracketology dropped Bama from a 2 seed to 3 and dropped the Hogs from a 3 to a 4. He now has both TN and KY as 4 seeds. Auburn is a 6 seed, FL is up to an 8, and LSU dropped to a 10. I guess we’ll just have to prove him wrong again for a 2nd year. 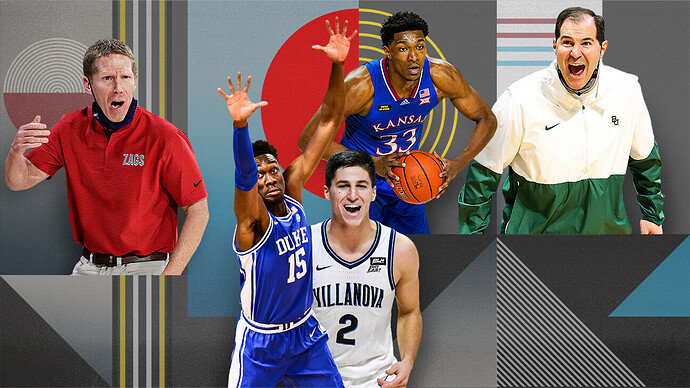 Rosters for the 2021-22 men's college basketball season are taking shape. Here's an early look at the projected 2022 NCAA tournament teams.

That’s still really good to me😆

That’s still really good to me

I wouldn’t call a #4 seed bad number. But I don’t view dropping from as high as a #9 ranking to as low as a #16 ranking as being a good thing. Obviously, both numbers are pretty meaningless since it’s just a pre-season guess.

Same thing happens in the regular season. It is more important fir your ranking to win big games in February than in December.