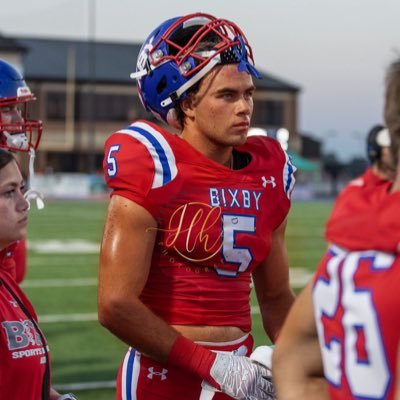 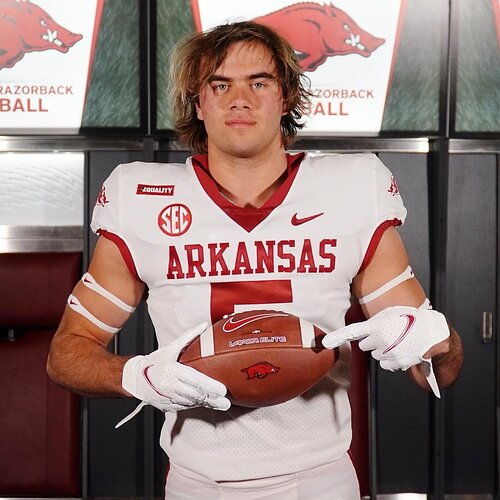 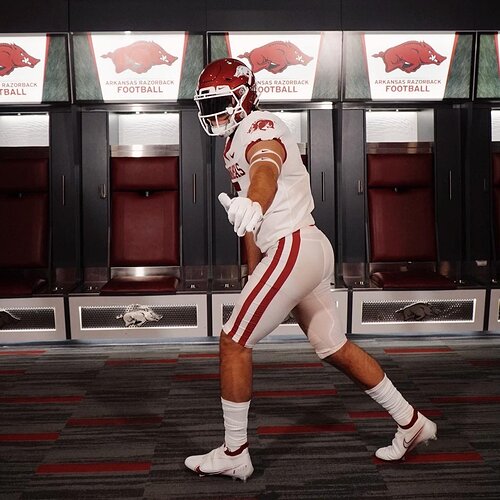 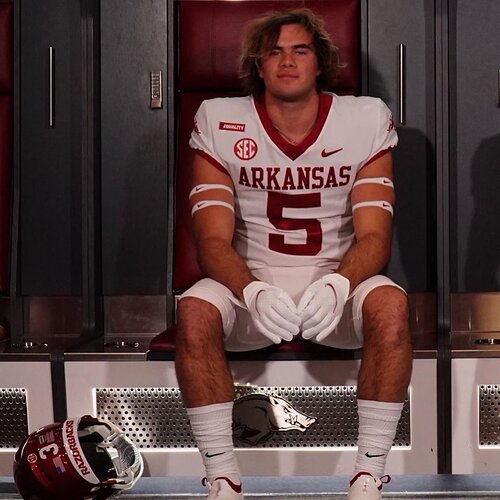 Really good looking player… looks on film like he’s about 6’6. but says he’s 6’3 I believe.
He has a bright future.

I haven’t heard that… had heard we had a pretty good chance of getting him… I thought that’s why Richard put that on here.

I’ve read so much is why I asked. I’ll have to go back and look at what I read now! Lol

Ok in rd post on visitors this weekend said previously committed to Oklahoma.

I hadn’t thought about that… you are right, he’s going to be a great player

I believe we are in very good shape here

Thanks for the highlights. It seems our problem with TEs is their blocking ability. If he intends to play that position at the next level he needs to show some blocking reels. But from a receiving standpoint he looks spectacular. So did Hudson Henry.

and we have an immediate need, but as a 2023 he has that Kittle look and George lives here in Nashville off season with his next superstar girlfriend and hangs with hockey players. Nice to be crazy and rewarded at your job for being that but Hasz has that look. Sark gonna get the O players transferring from Bama and Lane boy gonna get a QB and TE duo from USC so we need to hit the portal for a step in big guy TE and wait on Hasz. Nice timing and transition if we do. Dowell gonna scare em or impress em when they meet him. Dowell is whole hog heart and enthusisatic, but we got our Trey Williams replacement in Landon Jackson, gotta WR fill in for Burks, got a LB upgrade across the board in Sanders and got a CB to replace Brooks plus Catalon back so we are holding our own by making a little progress because the rest of the conference has done the same thing. Even Vandy, maybe only Florida has had a temporary regress. All conference members get better each year. WE need kids like Hasz to hold serve.

TE like him are hard to figure out bc if you would have told me Henry was not going to be a any factor at all for us by now I’d have told you were crazy because his highlights were off the chain coming out of high school… this kid has all the tools to be great and we have a couple others coming in that are very talented too it’ll be us to get the ball to them.

Richard, anything new to report on this one?