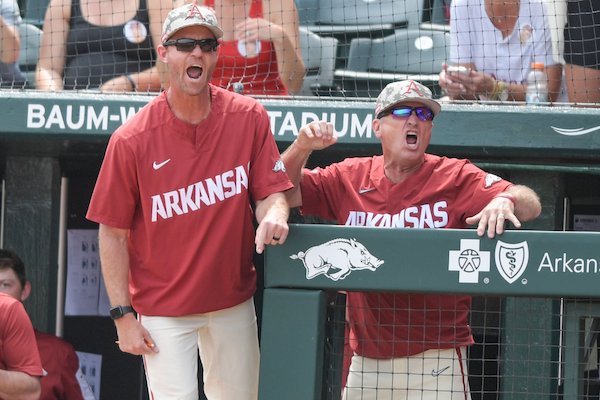 Aloha,
Coach DVH commented about the lackluster crowds this season (outside of the OM series). Wonder if any is due to the new seating arrangements…affecting the decades old loyal followers. They either stopped their season tickets or have been moved to the outer limits of the stadium.
UA…Campus of Champions

Hunter Yurachek was asked about that on a radio show this week. He said that based on their numbers, attendance is essentially on par with the 2019 season, the last full year with full capacity.

I’ve had a lot of people mention to me about how many empties there are in the seats that cost the most this year. It seems to be more than in the past in those sections, but I can’t say for sure.

I honestly think there is still hangover from last year. Being so good and then such a disappointment and shock when it ended.

And our lackluster offense this year. Games seem much more a grind.

Absolutely more empties this year. I sit in 110 on third base side dugout and the row behind me usually has 7-8 empty seats even is SEC games. Concession stands are hardly ever crowded and same with lines to bathrooms. The scholarship parking next to ballpark is never full.

I’ve watched or attended probably 95% or our conference games over the past 5 years.

In my opinion, there are more empty seats from first base to third base. But, I also don’t think it’s a huge difference. Hog Pen seems just as crowded.

We haven’t had anything this season that has come close to matching the UGA and Florida series last year, but we also haven’t had weather that nice yet in this season. I think the stadium will be packed in two weeks.

I agree that the long time loyal fans, that got moved to the outer limits or were not able to pay for the higher price to buy tickets, are the ones that get real excited at the games. The new ticket holders are there for show and just don’t really get excited during the games!!

I am not buying Hunter’s reply. Definitely not as full…paid tickets yes, but not butts in the seats. Hogpen looks awesome every week! But the other areas, not so much. What a shame.

I, for one, stopped buying a ticket due to their request for an additional $8,800.00 donation per year for one ticket to maintain the seat I had had for many, many years behind home plate.

I read today that Bud Walton Arena will undergo renovation soon. I expect to lose my good seats there, also. If that occurs, I will remain an avid Razorback fan in front of our TV, even though I attended football, men and women’s basketball, and baseball in person since the early 80s. I may be able to keep good seats for women’s basketball for a while longer.