Too late to help with, for example, Connor Vanover, but it seems to be inevitable. Two of the Power Five conferences are already on the record in favor of it.

Coaches hate it because it introduces a variable they can’t control, but they’ll adjust and take advantage, just like they’ve adjusted to the grad transfer rule. 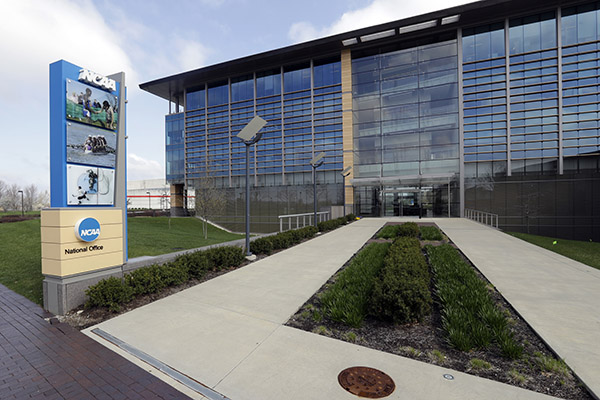 NCAA moves toward immediate eligibility for all transfers

The NCAA is moving toward allowing all Division I athletes to transfer one time without sitting out a season of competition.

Right now an athlete in anything but football, hoops (men and women), baseball and men’s hockey can transfer one time without sitting out. There’s really not a good reason to have different rules for those five sports.

I know the optics are not good with the Coaches moving all the time and the arbitrary decisions of the NCAA, taking care of their preferred schools, but the larger issue to me, is with unrestricted mobility the NCAA will likely look the other way when their favorites tamper with a kid that a smaller program developed and the kid blows up performance wise, not to speak of kids who bolt and run after not starting their freshman year.

I wonder how it counters or fits into the paying athletes discussions? The NCAA has become Swamp like and will ensure this/these changes are tilted just like everything they touch or control.

Tampering is already illegal until a kid hits the portal. Are people getting around it? Do you get passed on I-49 when you’re driving the speed limit?

Kids bolt and run after their freshman year anyway if they’re not getting the PT they think they deserve. I don’t see this changing that much. Maybe it would encourage an occasional kid to bolt who might have stayed if he had to redshirt. But if he’s really thinking of bailing he’s probably going to bail, redshirt or not.

Interesting to see how it works.

For a school like Arkansas, it would help us with the G5 players who emerge.

But the problem is, when we have a bad year, but a player has a good year, I’d imagine it wouldn’t become uncommon for us to lose him to a Alabama/LSU/Clemson or whatever, of the world.

Teams would be recruiting treylon Burks like crazy. Granted, he wouldn’t leave, but the next guy of his level, very well might.

Idk how I feel about it from the school standpoint. I think for the player it’s obviously good for them.

But… in the end, I do think this will cause the rich to get richer

But… in the end, I do think this will cause the rich to get richer

Maybe, maybe not. Is Alabama going to hold off on signing a 5-star to save room for a kid who transfers in from somewhere else, even someone as talented as Burks? You still have to fit transfers into the 25 initial counters.

I think the transfer rules are just as likely to benefit the weak as the strong in football. For every guy that has a big year at a lesser program there are two who with some talent who can’t get on the field for a good team for one reason or another who will want to go someplace to play now.

Convincing guys to make position changes in football will probably be a bit harder. Convincing a defensive lineman to play offensive guard or a DE to move inside to DT will be tougher when the player knows he probably can transfer someplace where he can play at his desired position.

The transfer numbers in basketball are already high, but will get higher since playing time is such a driver for even freshmen.

I think the transfer rules are just as likely to benefit the weak as the strong in football. For every guy that has a big year at a lesser program there are two who with some talent who can’t get on the field for a good team for one reason or another who will want to go someplace to play now.

I would have to agree. We already see a number of kids who transfer down to FCS so they can get PT immediately if they see their path is blocked at their original school.

Like with anything, there will undoubtedly be consequences that no one saw coming. In what way? Who knows.

They’ll just tamper, like they already do, and if they know a guys coming, save a spot, if not, who knows.

What happens when they save a spot for Burks, but a guy even better than Burks also says he will come, and now Burks is stuck in the portal? Would Pittman allow him back? I wouldn’t. With this rule I’d personally go with the Fuentes route, if you enter youre gone, you take the risk of a school pulling that offer, like we know they will.

I did not and do not know the answers, some seem confident they do, as a matter of fact I am certain I don’t know all the questions. But, I am confident in my suspicions of anything regulated by the NCAA will likely not be even handed. I know that there is pressure and it is much justified, to provide the kids more options and protections, when so much seems to provide greater benefit to others rather than the athletes.

I know I am a relic of the past, because I still embrace the student athlete concept, when the world and so many are all about the dollars and to a great degree the big time college programs a driven by this as well. I guess the simple times are long gone and some of us simple minds are not in that great a shape either!

Swine, do I understand the proposed rule change correctly? The school transferred from still has to sign off on the transfer for immediate eligibility.

I’ve been saying that Arkansas will likely sign a graduate big.

Maybe I should amend that to an undergraduate or graduate big.

The big would have to:

• Receive a transfer release from the previous school.

• Leave under no disciplinary suspension.

Hey Dudley that being said how did Gabe O get to play immediately at West Virginia, was he suspended from the Hogs basketball team

One thing to note about baseball, at one time a transfer in baseball was NOT required to sit out or redshirt. I was under the impression that was because of the limited scholarships in baseball.

The PAC 12 has jumped on the board supporting the Big 10! I hope the SEC sticks against just like the Big 10 failed to support the 3 rd paid assistant in Baseball!

I thought I read where the 1st of the 4 conditions that had to be met was the original school had to “turn him loose”. Perhaps I didn’t read that correctly.

That’s what it said. Having this rule in place would not have helped with Connor since Cal did not support his transfer.

Probably a double edged sword here. While less competitive programs may benefit from a few 4-5 star players who went to the blue bloods first but didn’t pan out can transfer to less competitive place like AR & others now and be in competition to start. At the same time some of the 3-4-5 star players who originally signed with less competitive schools due to crowded rooms with the blue bloods. They can transfer in to the blue blood (if they panned out really well) when spots open up quickly due to the draft and the lure of competing for Conference and/or National Championships.
Who knows if arrangements won’t be made like that anyway during the recruiting process.

Yes, he was not going to be back.