seems to be a favorite for new WFT name change. Ground Hog day announcemnt. Yawn. Not Razorbacks and not a team that I would like to even be loosely linked to or thought of when saying Washingon Red Hogs. 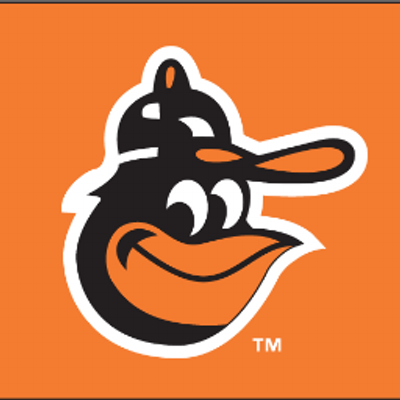 @BrickBradley
I think this #RedHogs “leak” is the real thing! Just saw this at the sports store at Montgomery Mall! There were hoodies, hats and shirts! I think @WashingtonNFL is gonna be the Red Hogs on Ground Hog day!!! Love it! https://t.co/ZD5VlxTnUt 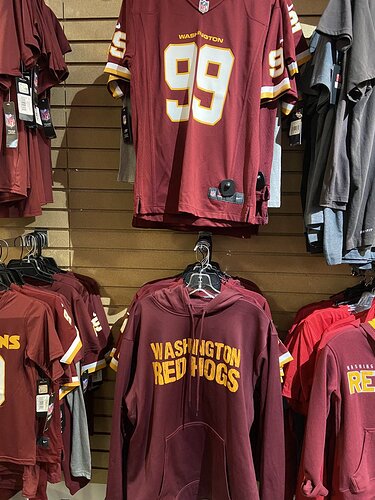 I’m not surprised. Ever since they went to WFT I’ve been hearing suggestions of something involving Hogs, which is course was the name given to their offensive line in the Joe Gibbs (former UA assistant) glory days.

Hog has a male connotation. This is offensive to sows everywhere.

To be gender inclusive, it needs to be Red Porcine.

Not sure how I feel about this. I like the uniqueness of being hogs. I know “Red Hogs” isn’t the same as “Razorbacks” but I still feel a bit violated. OTOH, I suppose it’s nice to be copied. Not sure how far they’ll take the imitation. Is “Wooo Pig Sooie” copyrighted?

I should also add that Blue state folks are struggling with “Red”. Maybe it should be the Cerise Porcine.

The two best I heard are “The Lizard People” to best reflect those they represent in DC and “The Turtles” in honor of the long distinguished career of Mitch McConnell.

I live here in DC, there was a widespread rumor a few weeks ago that it was going to “The Admirals” based on what someone within the organization let slip on a social media site. That could gave been a decoy, but it was being reported in the local press. There was a pretty big backlash, it’s so generic and bland, no reflection of the character of DC.

Seems that’s no longer being considered since I haven’t heard about it lately. I think that could have been an intentional leak to gauge public reaction, after they got that reaction going another direction.

there is a history of D.C. sports teams being named the “Senators.” Us old timers remember them. But I doubt the WFT would go with that since the Senators were a baseball team. Besides, Congress is held in much lower esteem than it was 60+ years ago.

(There used to be a play on words about Wahington, the baseball team, based upon the old saying about George Washington:, "First in war, first in peace, and last in the American League.)

The only Senators now (besides Joe T. High in LR) is the hockey team in Ottawa, which is actually the capital of Canada. Their logo is a Roman centurion suggestive of the Roman Senate.

Yeah, really. Doubt it’s something they’d have thought to trademark, but I hope we don’t run into issues with the WFT beating us to trademarks on various uses of “hog” or “hogs”, etc. Ours has always been a unique mascot and never a problem, but I’m not sure what would happen if WFT tries something. Of course, college teams have dealt with common nicknames for years. No telling how many tigers & bulldogs there are. I’d bet WPS is trademarked. I know “Razorbacks” is.

Local paper here in DC ran a column today suggesting the “Washington Swamp Rats”. People are having fun with this.

Washington Redskin Potatoes… spuds as a nickname, cheerleaders could be the taters…