Looking for your Baum memories

This thread reminded me of a video I stumbled across a couple of years ago. It is video from the stands during the ninth inning of the Wichita State game in 2004, including the Brady Toops grand slam.

One of the great things in this video is that someone has Chuck Barrett’s broadcast on in the stands. Of course there’s no chance of hearing his home run call because of the roar of the crowd. 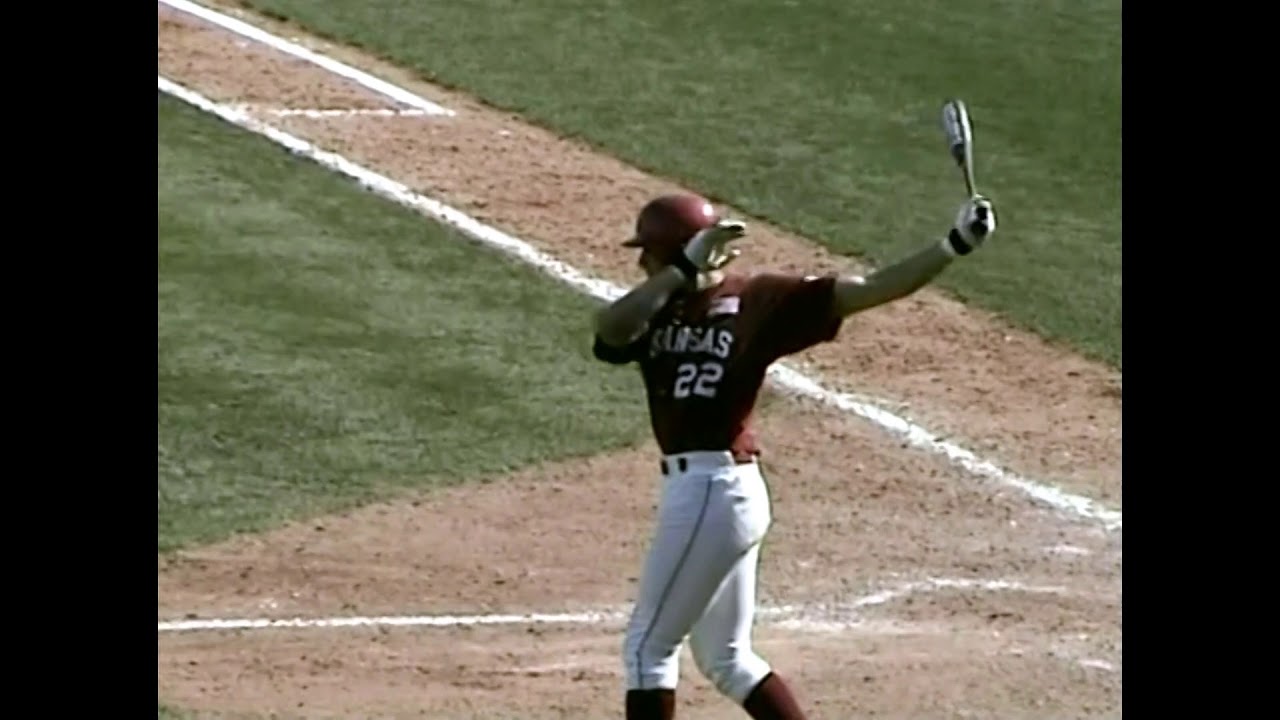 Oh my that brings back memories. I hadn’t thought of some of those players in years: Goodwin, Dugger, Pratt, Parker, Stephen Robison (speed to burn and couldn’t get on base), Hamblin, Rowlett, and of course Toops. I think it was Hode who made the last out.

That was fun! Thanks Matt!

I’d completely forgotten Blake Parker. Hode, Goodwin, Dugger, Haas Pratt (why would your parents do that to you?), Hamblin, Rowlett I remembered.

I was not at the game for the Toops home run. But that home run marks my entrance into modern phone use – the first real time text from an event.

I had figured out – thanks to daughter Sarah – how to text on my flip phone that week. But that feature had not been used for anything other than a test.

Then, Steve and Christie Bardwell flew Jean Ann and I to Mountain Air, a mountain resort near Ashville, NC. We had played golf – maybe the only time Jean Ann played real golf on an 18-hole course – that afternoon.

The four of us were aware that the baseball game was underway – and Wichita State led – as we finished golf and headed for an early dinner at the club’s restaurant. We were on the patio waiting for our table when I got a text from Sarah that Toops had hit the grand slam. We didn’t realize at first that the game was not over.

That started a series of many more texts as the game finished and the Hogs won.

I’ve since learned to turn my phone off at dinner, but I think I would have been roasted by the other three at our dinner if that had been done as the Hogs finished beating Wichita in the second game. We were all awaiting every text from Sarah for an update.

One favorite Baum memory was a loss to LSU in May of 2019. Our family had gathered in Fayetteville to be with my niece in her last days on this earth. She was an avid Razorback fan and Alum. It had been a tough week and my big brother (her dad), me, her brother and his twins broke away to go to the game. Our family is very close and just being there together was a treat. Losing didn’t matter because we had my niece on our hearts. Donna wanted us to be there together. Lots of hugs, tears and memories were shared that night. A night I’ll never forget.