Looked at the Omaha and Lincoln papers

And they think Nebraska got screwed by getting sent to Fayetteville. They may have a point. The other two Big Ten teams in the tournament got a lot easier regionals than the conference champ did. But as Husker coach Will Bolt noted, they have to win a game before they get to play the Hogs.

The highest ranked 2 seed in the coaches poll is UC-Irvine at #16, which is in the Stanford Regional. Meanwhile LaTech hosts as the #18 team, and has the #17 team, NC State, as its 2 seed.

I agree with the analysis on SEC Now: Road to Omaha, Tennessee got screwed. They have a worse draw than Vandy. But they are ranked higher and won the SEC East, along with finishing second in the tournament. Duke is hot

and the others aren’t patsies. 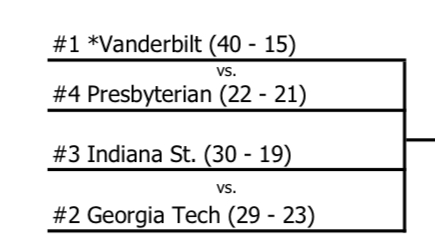 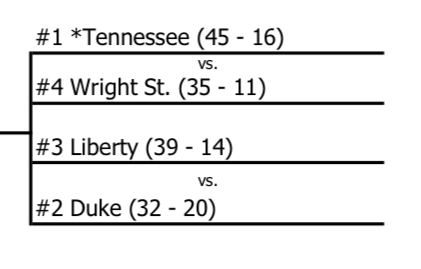 Fear, hell of a bad drug…

Yep, Vols got shafted, Vandy has a much weaker field.

Vandy has an easy Reginal IMO.