It looks like our old friend LJ is back on the market. Transferring from St Johns. If you remember last spring he had also put his name into the portal and we were one of the top schools after him before he decided to go back to the Johnies for another year.

Guessing LJ wishes he could do it all over again he would have left last year and became a Hog. Hopefully he does that this time around.

Interesting. LJ had indicated he wanted to go pro. When SJU lined up an impact transfer guard Ray Salnave from Monmouth to sign, LJ told them he was staying, so SJU backed off Salnave. Looks like LJ changed his mind.

He had a disappointing season last year compared to what was expected of him. He played No. 2 to Mustapha Heron as a sophomore and showed a lot of promise. When Heron went down with a season ending injury, everyone expected him to become a leader and carry the team. He had some good scoring games when he had his three point shot going but unfortunately he was a no show at crucial times in crucial games.

But he has some good skills. Sign him up if he wants to come. He can shoot well when his feet are set.

Keep an eye out here. Some in the media feel like the Hogs are in a good spot.

I have mixed feelings about LJ. Watched him all year. In addition to not showing up, he displayed bad decision making on both ends of the floor causing the offense to not flow the way staff wanted and lapses on the defensive side of the ball. He was one player on the team that never seemed to quite get the system.

According to Zach Braziller, who covers New York sports for New York Post, it seems the decision to leave is mutual.

Who knows he may do better in a different setting. He does have skills that we can use. More of a set shooter who does have good range when the shot is on. Also a streaky shooter who can light it up on a given night, but shot the team out of several games. 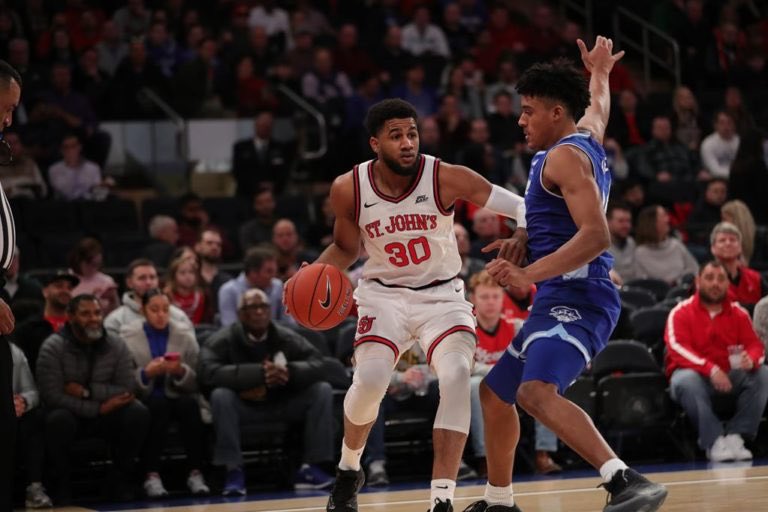 Memphis’ Penny Hardaway, Georgia Tech’s Josh Pastner And Arkansas’ Eric Musselman are among those who have called on @StJohnsBBall transfer @Lj_Figueroa, per source. Going pro, transferring and possibly returning to @StJohnsBBall are all options.

Memphis’ Penny Hardaway, Georgia Tech’s Josh Pastner And Arkansas’ Eric Musselman are among those who have called on @StJohnsBBall transfer @Lj_Figueroa, per source. Going pro, transferring and possibly returning to @StJohnsBBall are all options.

One thing to note is that LJ has not graduated and will not this summer. So, he will have to sit out a year wherever he transfers to. It is interesting that LJ had filed for the NBA draft after his sophomore year and now is willing to wait three years after that to turn pro.

He will get a waiver to play immediately. Covid being what it is in New York will be the easiest case ever for an athlete.

Don’t think so, unless St, John’s is unable to play because of pandemic.