Not really significant, but Liverpool won the Premier Leauge today. That’s the team that is owned by the same ownership group from America that owns the Boston Red Sox.

For Liverpool to win, Chelsea had to beat Manchester City. Chelsea won thanks to a goal by Christian Pulisic, an American. Now that does seem significant.

It’s not football, but it at least is a few Americans effecting what they call football across the big pond.

Actually I think this news IS VERY significant. For a variety of reasons. For one, Liverpool is one of the great sports clubs of the world, and they had not won the top league prize for 30 years. Also, they are actually playing games! Third, Jurgen Klopp is a model of what a manager should be. What a great guy…and I am no Liverpool fan.

Finally…and some on this board will find this political…but that is not how I mean this comment…but I find it very moving that the entire Premier League…every single player…has Black Lives Matter on the back of their uniform. Rather than their own name. What a sign of empathy from players in a league that continues to have significant racism issues of its own.

Not only Liverpool won it, it won it by a landslide. It has a 23 point lead over defending champions Manchester City in the Points Table with a month to go in the season. To win 28 of 31 matches with just one loss is remarkable. The long wait is over for the club from the birthplace of the Beatles.

I am delighted you mentioned Chelsea, team I root for in PL. Glad to see Christian Pulisic finally settling in after a few downs. He is still 21 and will be the face of USA Soccer (Football) for years to come. Here is the solo fast break goal that Clay mentioned. 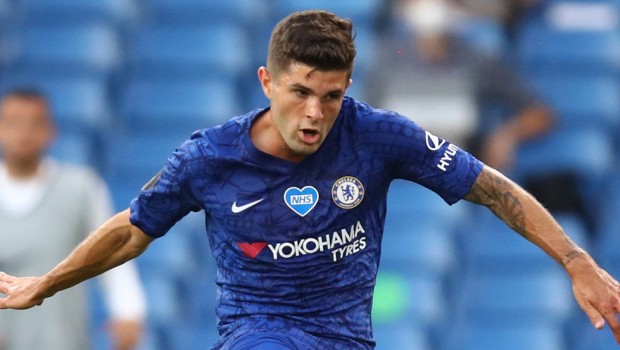 Christian Pulisic can’t stop scoring. The US men’s national team star found net for Chelsea for the second time in five days, this time scoring in the 36th minute to open the scoring in a 2-1 victory over Manchester City that handed the Premier...

Thanks Clay. That was a terrific goal. I’ve been real excited about Pulisic for a while now. Funny thing, I showed the video to my wife who immediately said. What were those two defenders thinking? Once a defender’s parents, you always think defense first. LOL

I am a Liverpool fan and it felt so good. I didn’t watch the Chelsea v City game because I didn’t think that Chelsea had a chance, takes a little wind out of the sails of Thursday’s game vs. City but at this point Liverpool are just trying to shatter records.