Life as a fan after COVID-19

The Boston Globe had an interesting piece Friday on how the experience may change once the stadiums do reopen. It’s behind a paywall but Peter King summarized it in his column this morning:

It’s here if you want to navigate the paywall: 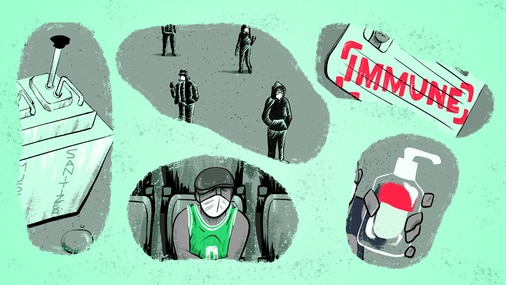 What will the sports fan’s experience look like after coronavirus? - The...

Socially distanced lines that stretch for blocks? Stands limited to a quarter of their usual capacity? Sports will return, but things will be very different.

Vendors selling in the isles? Haven’t seen that in years. When I was a kid in the 70s, hardly ever had to go to the concession stands. Not the case any more.

I was once a vendor selling stuff at Ray Winder Field. Beer man made the most. But best gig was popcorn. Lightest load by far.

Seems like I recall vendors at WMS last time I went to a game there, which has been a few years. My seats were near the aisle so they came right by me.

They have had kids selling soft drinks in plastic bottles in the upper deck at Razorback stadium in recent years.

Seems like I recall vendors at WMS last time I went to a game there, which has been a few years. My seats were near the aisle so they came right by me.

I don’t remember seeing any (or at least not many!). For sure not like it used to be.

I didn’t got to a game last year. Not sure off the top of my head if I went the year before, I don’t think I did. After my son was no longer in the band, we generally didn’t go. That is bad on me, I started going to games in 1970. By the mid 70’s was going to all LR games. By the late 70’s or 1980 at latest, I was going to all the home games. We need to get back to that. The program deserves it.

Last years at football games in the end zone there was plenty of room to be 6 foot away from people! The restroom and concessions were the places there was a crowd! I look forward to seeing in safe to pack RRS stadium and watch a game!