So the Arkansas AG is formally arguing to SCOTUS that college athletes should not be allowed to receive compensation, beyond scholarships? Hmm.
The first sentence in the brief tells you about all you need to know: “Amici are States that share a long, proud commitment to higher education.”

And I’d really use that brief as a negative in recruiting were I an opposing school.

Did HY (along with the SEC) pressure Leslie Rutledge to join in this brief? Matt, can y’all do an open records request here? Some context might be warranted. 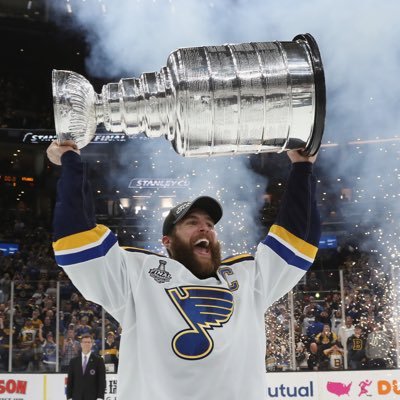 My remedy is simple. Any athlete who receives money for his playing loses the scholarship. But realistically, so called student athletes are soon long gone. Money wins most often.

Regardless of how we feel about the issue, I just think it’s dumb for a state attorney general to weigh in on something like this. Especially since amicus briefs really are inconsequential. They don’t, for the most part, have anything to do with the outcome of the decision. Why take a position at all?

I agree that the colleges shoud resolve this situation. I really do not know what a amicus brief even is, too lazy to look it up.

I did look it up and agree with you.

Why did Montana and the Dakotas join in, other than that they’re all on one side of the political debate? No FBS schools in any of those states. They really should not be affected by any of this. It’s not like North Dakota State or Montana are recruiting against the Big Ten or Pac 12 anyway.

It should be noted now that, IIRC, there are five proposals floating around Congress dealing with the NCAA and player compensation, and at least three of them are sponsored solely or jointly by members of the party that is not currently in the White House (including former Ohio State wide receiver Anthony Gonzalez). If you think about it, it’s a free market thing, which is normally what the minority party promotes. While it is true that the Dem proposals go further than the Rep proposals, they all go a lot further than what the NCAA wants.

One of the other proposals is sponsored by Sen. Cory Booker, who played tight end at Stanford. So there are at least two former Power 5 players in Congress who think something needs to be done.

I agree that the colleges shoud resolve this situation.

The NCAA has actually asked Congress to get involved, because right now states are passing athlete compensation laws on their own. And schools in, say, California or Florida, which have already approved athlete compensation, would have an advantage over everybody else, because those state laws supercede the NCAA. UFlorida can’t refuse to allow athlete compensation just because the NCAA says so. I think the Florida law takes effect July 1. So the NCAA wants a national framework rather than different laws in all 50 states.

Players will get paid and college sports will become Professional Sports Lite. Sports betting, social media, ,mixed gender participation and more liberal drug polices will make it impossible to maintain discipline required as it is known today. All on top of young people still not fully mature in their own actions. Like most such examples in our society the rich will get richer and the others will suffer.

I agree that Ms. Rutledge should sit this one out, but then again there’s no publicity for her in that

Except for Mississippi (predictable) each state surrounding Arkansas, including Texas, Louisiana, and Oklahoma, did sit it out. Each one of those states has football programs that exceeds what Arkansas’s is. And each one of those states is a fertile recruiting territory for Arkansas. I just can’t imagine, from a recruiting standpoint, why this helps us at all. You can just see a guy like Coach O saying, “look at Arkansas, even its own state government doesn’t want to give you what you deserve.” Meanwhile, SEC schools are (save perhaps for recent Covid issues) raking in money hand over fist, and it is proclaimed in this brief essentially that everybody in college athletics is going broke. It’s dishonest and ridiculous. Again, regardless of how anybody feels about this issue, there was a much better way for her to handle it. She blew it, and it could really cost us.

To me, the NCAA let this get out of hand. Now, it has become political and AG Rutledge wants to keep her name in the spotlight.

To me, the NCAA let this get out of hand.

Yup. They’ve clung to the amateurism model while the amount of money in college sports has expanded exponentially, and you knew lawsuits were coming (it’s not like the Sherman Antitrust Act is a new thing) and that the NCAA probably was going to lose them. Which they have. So since the small schools (and a lot of the big schools) will never vote for any kind of athlete compensation, they want Congress to do their dirty work. But what they really hope is that SCOTUS will throw out all the judgments they’ve lost. However it seems that Congress intends to act regardless of what the Supreme Court says.

IMHO, collegiate athletes need income. They need spending $$. It’s almost impossible to be a scholarship athlete and have the time and energy to also work. They spend an incredible amount of time with their sport…6 AM weight workouts, practice, meetings and games/events plus minimal time with their families during the holidays and summer. It’s insane the demands on their time. Meanwhile, at least for the Power 5 Schools, they are rolling in so much cash they have greatly expanded their support staffs (comparing the Athletic Admin staffs of the 1970s/80s to today) and coaches salaries. $$ is there. It’s just a matter of priorities. IMHO, the students should always come first in priority. Without the students, their is no Athletic program.

I agree that Ms. Rutledge should sit this one out, but then again there’s no publicity for her in that

Yep, just some pub for Leslie in her quest to run for governor. And if that happens, I may move to Mars or Neptune.

And if that happens, I may move to Mars or Neptune.

Then again, the alternative may be even worse.

Players get $4500 or so right now, I believe. Each institution has a different amount, “true cost of attendance” at their institution.

The students on partial scholarship are putting in the same hours as the students with full scholarships. IMHO, they should receive the full COA allowed.

By the way, amicus curiae literally means “friend of the court”. Rutledge and the others are offering their $.02 worth although they are not a direct party to the case.

Full COA doesn’t apply to the partial scholarship (equivalency in NCAAese) sports, which are most of them. I’m not sure if they get COA figured into what they do receive for track or baseball or whatever. Baseball has a minimum of 25% for each player, which is the only equivalency sport with a minimum. The other sports can divide up their money as they see fit up to their roster limits. Women’s swimming has 14 scholies to divvy up and most schools have about 28 on their roster, so presumably they’re getting somewhere around half of a scholarship on average, but some may only get (for example) books or fees or room and board.

The head count scholarships for which COA applies are football, men’s and women’s hoops, women’s tennis, women’s gymnastics and women’s volleyball. Every other sport is equivalency.