Bob Holt wrote on the death of Lenzie Howell, with thoughts from Nolan Richardson, Todd Day and others. 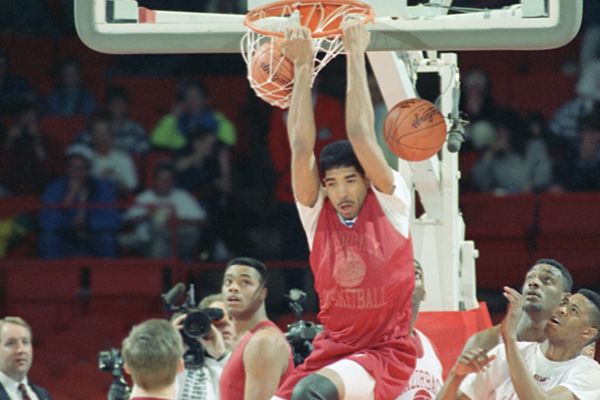 Lenzie Howell, who led the University of Arkansas basketball team to the 1990 Final Four, died Saturday in his hometown of Dallas. He was 52.

So sad. He was a great Razorback. Prayers for his family.

The ultimate compliment to me is when people keep saying a team needs a Lenzie Howell. And I’ve heard that mentioned about a million times since he played for Nolan. He had a huge mid-range game, as everyone has mentioned. And, he got tough rebounds. Yep, glue is a good word for what he could do for a team.

Howell left us way too soon. Condolences to the family. No player ever represented the university better on the court. He played the right way.

Thanks for posting that game. I had never seen it. I was living in Boston at the time and was forced to watch the UConn game. Howell saved us in the first half. What a big time performance. We haven’t had many of those in the NCAAT during the last 25 years, I had forgotten just how well that team passed in the halfcourt, Only two rotatio players were individually under 50% on deuces for the year. Amazing.